In the ’70s, The Carpenters were radio darlings. With 15 Top 20 singles over a span of approximately 5 years, the duo were in full control. Even today, some of those songs are played on classic stations as staples of programming. The Carpenters released five Platinum albums over the same peak period of 1970-1975 before music changed enough to nudge the pair off the high ends of the charts. Unfortunately, Karen Carpenter, the honey-voiced singer passed away in 1983 at the age of 32. But, along with her brother, Richard Carpenter, they left behind a lasting legacy of songs. 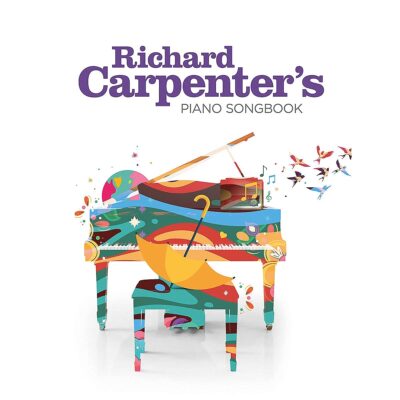 On October 22, Richard Carpenter will release a new album that features re-recordings of the duo’s classic hits in a reimaging effort on piano. The new album is called Richard Carpenter’s Piano Songbook, which will contain 12 tracks, one a medley that covers four Carpenters hits by itself even as some of those parts are fully fleshed out in other tracks.

Richard Carpenter’s Piano Songbook is being released via Decca Records and will be issued on CD, DD, and a truncated track list for vinyl LP.

Richard Carpenter’s Piano Songbook – Richard Carpenter (LP)
Side A
01 Close To You
02 Medley: Sing, Goodbye to Love, Eve, Rainy Days and Mondays
03 I Won’t Last a Day Without You
04 For All We Know
Side B
01 Yesterday Once More
02 I Need to Be In Love
03 The Rainbow Connection
04 Top of the World
05 We’ve Only Just Begun