The great thing about King Crimson – from its inception – is that the unit was always fluid. Fluid in line-up, fluid in viability, and fluid in production of both reissued works, live settings, and ongoing collections sets. One of those is the popular ongoing production of their Elements box. What The Elements Tour boxes contain are a collection of tracks that include rehearsal tracks, live recordings, alternate takes, and more. This new 2021 2CD box is prepared for the Music Is Our Friend 2021 King Crimson tour.

On July 23, The Elements Tour Box 2021 will feature 29 collected tracks, 22 of which are previously unreleased. As stated, this box will feature the prominent music of three drum sets that Crimson uses on their stages. CD1 will focus on that aspect of their musicality and present 13 tracks. CD2 will expand with songs of various stages of works from their career vault. ATTENTION: Even more exciting is the inclusion of a track edit from an upcoming Robert Fripp multi-disc box, Exposures – how cool is THAT?! 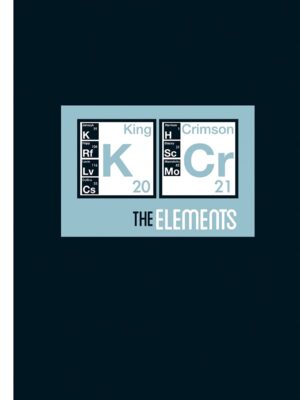 The box is finished with a 28-page booklet that will contain notes, photos, and credits. The 2CDs and booklet will be packed into a DVD-sized digipak fold-out packaging.