Bob Marley, although gone from us for forty years, still lives on in our consciousness. His music was not only great reggae fun, but also an engine for the lyrics that he crafted to hopefully point us in a more peaceful direction. Over the course of his lifetime, and the extended course of his absence, his music has sold consistently well. This tells us that while he is gone from us physically, he is never far from us spiritually within the music he created. 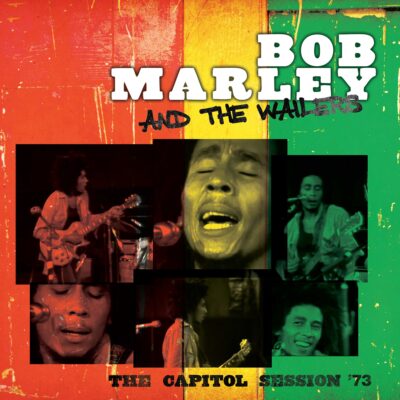 On September 3, Mercury Studios will release The Capitol Session ’73. The music inside is a live recording of his October 1973 session at the Capitol Studios in Los Angeles, a ‘what else to do?’ happening after Bob Marley & The Wailers were asked to leave the Sly & The Family Stone tour. The session at Capitol Studios with just a handful of invited guests was filmed as well as recorded.

The Capitol Session ’73 will feature the recordings, all newly remastered for this release. While the music from the soundboard has been available, this is the “official” release of the music.