Ron Wood has enjoyed quite a career ride. From his beginnings with The Birds, and The Jeff Beck Group, his time with Faces, and his tenured run with The Rolling Stones, Ronnie Wood has given the world a spread of music that encompasses his solo albums as well as his works with the previously mentioned bands. Over his career, thus far, Ronnie Wood has released 7 studio efforts. 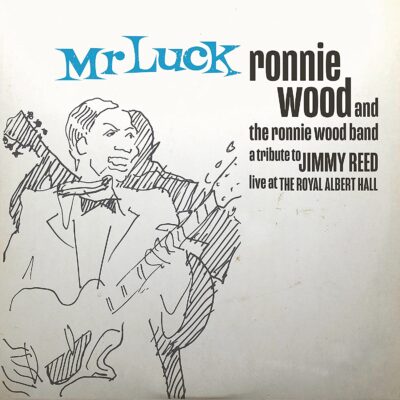 On September 3, Ronnie Wood along with The Ronnie Wood Band will release his next live series album, Mr. Luck – A Tribute To Jimmy Reed: Live at The Royal Albert Hall. Mr. Luck was recorded live from a November 1, 2013 show that featured Mick Taylor, Paul Weller, Bobby Womack, and Mick Hucknall (Simply Red). This live set features 18 live performance tracks. The first album from his planned live tribute trilogy was Mad Lad: A Live Tribute To Chick Berry, which was released in 2019.