In the late ’80s and early ’90s, Richard Marx enjoyed immense success right out of the gate with his multi-million selling self-titled debut for EMI Manhattan Records. From that album came the hits, “Don’t Mean Nothing”, “Should’ve Known Better”, “Have Mercy”, “Endless Summer Nights”, and “Hold On To The Nights”. Yes, five singles – four of which reached the Top Three of Billboard charts for the Hot 100. He continues that success with an even better-selling album, Repeat Offender, which generated five more singles that included “Right Here Waiting”, and “Satisfied”. 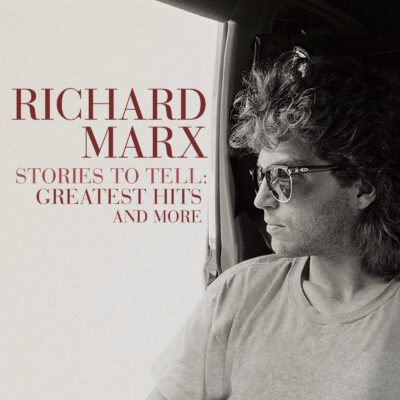 Richard Marx has a memoir – Stories To Tell – arriving from Simon & Schuster remembering his song-writing years. It is scheduled for release on July 6. To add to the occasion of the book release, BMG will release a companion 2CD package filled with not only his hits, but also a collection of live tracks, demos, and later tracks including a brand new song, “Crazy”. The 2CD collection is called Stories To Tell: Greatest Hits and More. It will contain 27 tracks in all. Stories To Tell: Greatest Hits and More will be released on July 2, just ahead of the book.