Ambient Series: Steve Roach To Release New Album, As It Is

In the world of Ambient music, few musicians withstand the test of time as well as Steve Roach. His innovative and story-telling creativity transcends the genre with a flow of sounds that can make new worlds, new entities to exist in those worlds, and carousel of emotions to make the worlds of sound eerily real and breathing. 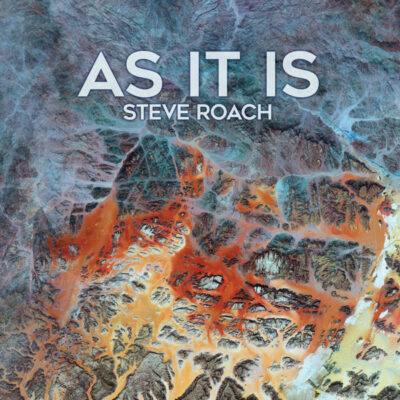 Since 1982, Steve Roach has released well over a hundred albums. 80 of them are solo efforts, the rest are live and collaborative productions. With that kind of swirling creativity in flow, there is little cessation of development. For this, as fans, we are eternally grateful to be awash in new ambient universes that exist outside our own.

On April 2, Projekt Records will release the next in Steve Roach‘s immense catalog with As It Is. As It Is continues the exploration set into motion by Steve Roach’s previous issue, Tomorrow (2020) with deeper tones, stranger colors, and topographic touchdowns in the ambient realm. Steve Roach has not wavered nor disappointed with his grand ambient sound creations.

As It Is features six long-playing tracks. The shortest of these is just over six minutes, the longest at over 17 minutes, All but one are in the double digits of playback. Projekt will issue As It Is on CD and DD.

As It Is can be downloaded at Bandcamp when the links are up.