Nancy Wilson of Heart To Release New Solo Album, You And Me

Heart rose to fame with the surprise success of their small label debut, Dreamboat Annie. That album pushed three singles (“Crazy On You”, “Magic Man”, “Dreamboat Annie”) into the charts. Over the years, Heart released 15 albums that did well between two periods. Their best was the 1985 self-titled Capitol Records debut, which sold over five million copies. The band was powered by two sister, Ann and Nancy Wilson. 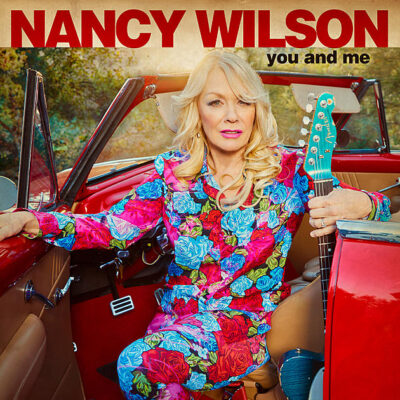 On May 7, Nancy Wilson will release a new solo effort, You And Me. This new set will feature twelve new songs, four of which are cover tracks. Currently, Nancy Wilson‘s cover of Springsteen’s “The Rising” is the album’s single (heard below).

You And Me is being released by Wilson’s independent label Carry On Music. It will be released on CD, DD, and vinyl LP.

Coincidentally, Ann Wilson will be releasing a new single called “The Hammer”. This song has no upcoming album but will be included when there are enough singles to fill an album. It joins her previously released single, “The Revolution Starts Now”.

2 thoughts on “Nancy Wilson of Heart To Release New Solo Album, You And Me”