For a hot minute there back in the ’70s, Peter Frampton owned the airwaves with just a Live album followed by a polarized release of I’m In You (1977) studio set before phasing out after the Gold release of Where I Should Be (1979). Personally, I enjoyed Frampton as a part of Humble Pie, following him with his first debut on through Frampton. After…not so much. (But, that’s me.) 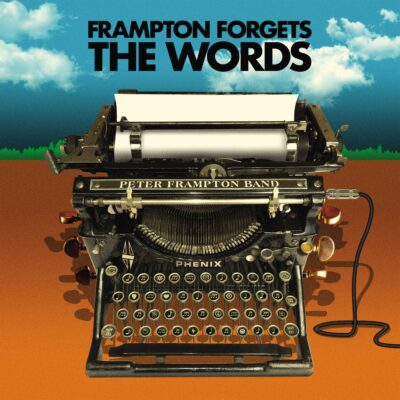 On April 23, UMe will release a new Peter Frampton effort, his 18th, called Frampton Forgets The Words. The album will be issued as being from the Peter Frampton Band.

Frampton Forgets The Words will be an all-instrumental album with ten songs, all instrumental covers of others’ songs. Here you can expect Frampton covers of Radiohead, David Bowie, Sly Stone, George Harrison, Roxy Music, and others.

Frampton Forgets The Words will be released on CD, DD, and vinyl 2LP. The first track is “Reckoner” (by Radiohead) and can be heard below.