Cheap Trick To Release New Album, In Another World

Since the late ’70s, a young and vibrant Pop/Rock quartet by the name of Cheap Trick kept the world in thrall to their brand of music. The thrall lasted approximately five years from 1977 until 1982. They picked up a resurgence in 1988 with Lap Of Luxury, boosted by its highly successful single, “The Flame”. Since, Cheap Trick has toured and consistently released albums. Their last album was We’re All Alright! (not counting Christmas Christmas, which is, in fact, their most recent studio effort) from 2017. 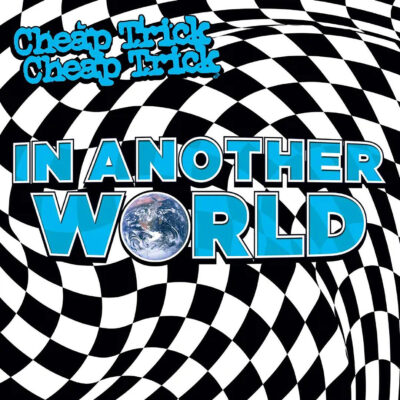 On April 9, Cheap Trick will release their 20th studio album, In Another World. The new album will feature 13 songs, one of which is a cover of John Lennon’s timeless song, “Gimme Some Truth”. That track was an exclusive feature release for Cheap Trick on RSD for 2019, but is included on the new album. You can hear their version of “Gimme Some Truth” below as well as a newly released single from the upcoming album, “Light Up The Fire”, also below.

In Another World will be released on CD, DD, and vinyl LP (black). There will be limited edition blue and white splatter color vinyl made available as well.