The Black Keys have delivered up a great collection of Rock albums imbued with the classicism of blues-based Rock ‘n Roll. To date, they’ve delivered nine albums including 2010’s Grammy-winning This Is An Album By The Black Keys. The Name Of This Album is Brothers, or for simple brevity, …Brothers. Brothers generated more excitement for the album with a single, “Tighten Up”. 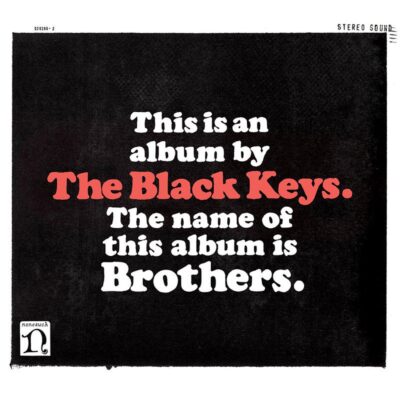 On December 18, Nonesuch Records will reissue Brothers as a 10th Anniversary Deluxe Edition. This set will feature a newly remastered version of Brothers. This new reissue will contain 3 previously unreleased tracks. 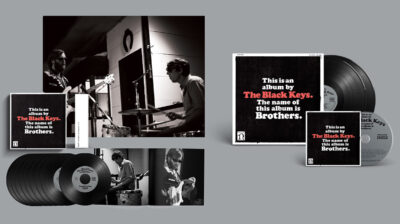 The Black Keys reissue of Brothers will be released on CD, DD, a 140-g weight 2LP, and a limited edition (7500 copies) of Brothers as a 7″ vinyl Box. The 7″ singles box will contain a 60-page book filled with photos, an essay, and plenty of notes. A fold out poster is packed in as well. he box will provide 9 7″ vinyl singles. The CD will provide a truncated booklet. The 2LP set will include a photo insert inside a gatefold jacket.

Brothers (This Is An Album By The Black Keys. The Name Of This Album is Brothers – 10th Anniversary Deluxe Edition) – The Black Keys