UK Rock enjoys the Pop/Rock of The Struts. Since the release of their 2014 debut album, Everybody Wants, the band has charted in their native England but has found a bigger foothold in the US where good Pop/Rock is heavily embraced. 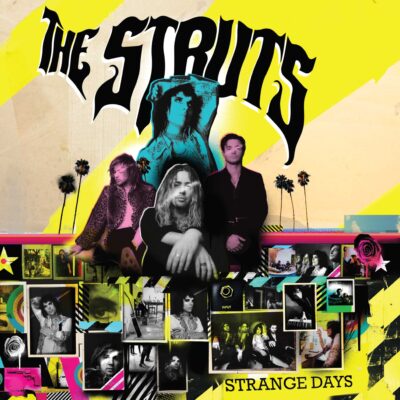 On October 16, The Struts will release their newest album, Strange Days. The album will contain 10 tracks, 4 of which have guests like Tom Morello, Phil Collen and Joe Elliott, Robbie Williams, and Albert Hammond, Jr). For the uninitiated, these guests should give you ample ideas on what The Struts do with their musical style. It’s not going to be for everyone.

Strange Days will be released on CD and DD, including HD versions of the DD issues.   The single, “Strange Days” can be heard below.