The music of Be-Bop Deluxe was, in my estimation, a great blend of concept and glam. Every album had a great se of songs. Unfortunately, much of the record buying public didn’t give Nelson’s creativity with Be-Bop Deluxe much attention. Nevertheless, Be-Bop Deluxe were never without their fans. Over their quite short period, Nelson effortlessly managed to deliver five strong Be-Bop Deluxe albums beginning with Axe Victim from 1974. By 1979, the band would dissolve allowing Bill Nelson a different avenue of expression. They released five classic studio sets ending with 1978’s Drastic Plastic. 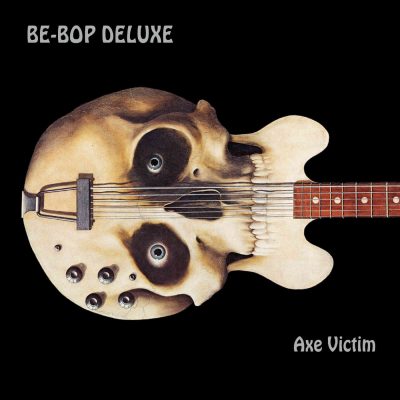 On June 19, Esoteric Recordings UK will release a 3CD/DVD Box exploring the debut issue of Axe Victim. Axe Victim had its own version of Be-Bop Deluxe that did not exist at the release of the band’s second album, save for Bill Nelson. Nevertheless, Axe Victim was its own gem not to be ignored. It’s great to see Cherry Red reach back and give it its rightful attention.

This new edition of Axe Victim will feature a newly remastered audio from the album’s original masters. In addition, a collection of 41 bonus tracks will grace the original album. There will be new 5.1 Surround and Stereo mixes from the original multi-tracks. A collection of BBC radio tracks from 1973-1974, a rare single and sessions from the Decca sessions with outtakes. The box will pack in a stuffed 68-page booklet with notes, an essay by Bill Nelson, and lots of photos and credits.

This 2020 remaster and expansion of Axe Victim will also be available as a 2CD Deluxe Edition with the original album on CD1 and the New Stereo Mix on CD2. A small collection of bonus tracks will be included on both CDs.