Since his days in Public Image, LTD, Jah Wobble has proved to be an artist of varied styles.The Invaders of the Heart exist to provide a more public appeal (as evidenced by several early ’90s hits like “The Sun Does Rise”, “Visions of You”, and “Becoming More Like God”. Since those times, Jah Wobble has released a wealth of excellent music albums. 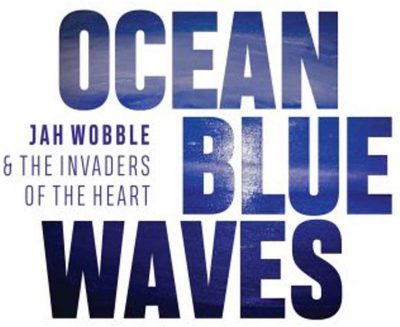 On March 20, Jah Wobble will release a new album with the Invaders Of The Heart collaborative, called Ocean Blue Waves. This new collection of seven tracks was previously released digitally back in late November of 2019. And while streaming is strangling physical releases, it is nice to see that Ocean Blue Waves will be issued on CD.

Ocean Blue Waves have two singles out with “Fly Away”, and “Take My Hand”.