Steve Howe of YES Fame To Release New Album, Love Is, And Book, All My Yesterdays

Steve Howe is the co-magician of most of the classic music of YES (with Jon Anderson), as well as co-architect of those classic years of the band, full albums included. In the span of his years with the band, he has released 16 solo albums and a collection of HomeBrew albums, and three with The Steve Howe Trio. His first release, Beginnings, was issued in 1975 during a shared break wherein all members of YES explored their own music for solo releases.

On April 17, Steve Howe returns with a brand new studio solo set being called Love Is. Love Is will issue on BMG Records. For now, there is no artwork or tracklisting. Steve Howe will also release an auto-biography on September 3 called All My Yesterdays. This book will cover his times with YES. 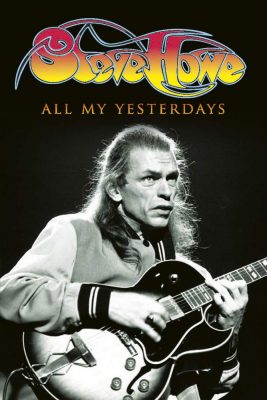 Steve Howe has this to say about Love Is: “My new solo album is titled LOVE IS. It’s an equal balance of guitar instrumentals and songs, which presents a symmetric balance of the things I do. I perform the lead vocals, electric, acoustic & steel guitars, plus occasional keyboards, percussion and bass guitar on the instrumentals.

I’m delighted to say that Jon “Juano” Davison of Yes sings harmony vocals and plays bass guitar on the songs, too. Dylan Howe drums on every track, showing his precision and forcefulness throughout. After starting all the tracks at our own studio, Curtis Schwartz then expanded the possibilities–including recording Dylan–and developed the mixes before Simon Heyworth mastered the tunes for it’s release on the 17th April 2020 on BMG.

I look forward to sharing the album art once it’s ready.”