The resurgence of vinyl has several roots. One of them was simply people wanting back to the “old skool” method of listening to music. They believed in a “warmer” sound”. It certainly contributed to a nostalgia. For others, it was a new thing, a “cool” thing. It allowed for the acquisition of newer titles on vinyl, a nice thing if you like vinyl. But once vinyl was back, it opened a market of replacement.

All the old vinyl you had was systematically being repressed on more durable vinyl, and sometimes even newly remastered. Anymore, I doubt that the “warm” sound hits the nerve much. But for me, it’s definitely replacing old favorites, Or, as in the case of this late-era Joni Mitchell album, Shine, it’s getting something to complete the library that was never available in the first place.

Joni Mitchell‘s Shine is a stunning work. As with a well-played guitar, Mitchell creates resonant jazz and folk beauty with her album of songs. And as always, Joni hits all the right chords musically, lyrically, and compositionally. If she was going to end a career, Shine was a way to do it. For vinyl aficionados, its lack of vinyl release was its saddest moment. 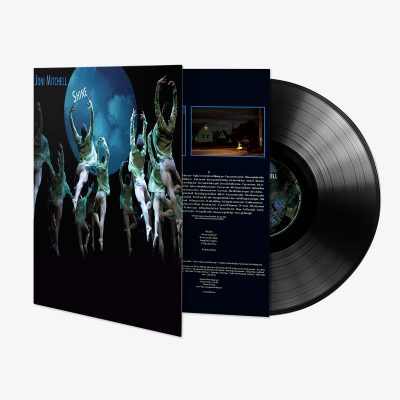 Craft Records has fixed that  with a beautiful gate fold, 180g-weight grade vinyl edition of the classic album. There is much to love about Shine including its 2007 re-recording of “Big Yellow Taxi”. Its greatest contribution for fans of both Joni Mitchell and vinyl is that it’s now here for you to acquire and to enjoy. Have fun!