Joni Mitchell has been a warm household name since the late ’60s. In 1969, her second album, Clouds, catapulted her to fame with that album’s perfect “Both Sides Now” as well as her enchanting “Chelsea Morning”. She has released other single classics like “Big Yellow Taxi”, “Help Me”, and “Free Man In Paris”. Other songs written by Joni were recorded successfully by other artists. CSN&Y recorded a definitive version of “Woodstock”. Joni Mitchell recorded 19 studio efforts, her last being Shine. Shine was issued in 2007. A song from that album, “One Week Last Summer” delivered a Grammy Award. 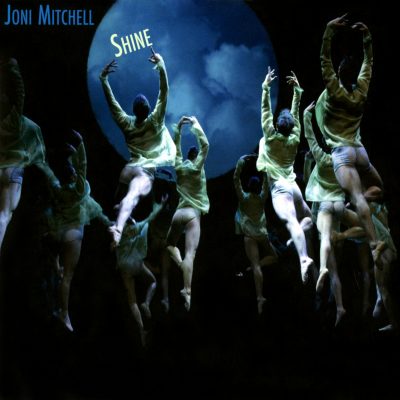 On April 3, Craft Records will re-release Shine on vinyl LP. This will be the first time the album has been issued on vinyl LP. The gatefold jacketed LP will be cut on high-grade, heavy-duty 180g-weight vinyl. For Joni Mitchell fans who are receptive to vinyl represses for some of their favorite artists, this news will come as a quite welcomed event. It certainly is for me.