For forty years, the Scottish band, Simple Minds have provided a healthy collection of great studio albums, and a handful of accompanying radio hits and issued singles. Simple Minds had already been rising to great heights success-wise from several well received albums (New Gold Dreams 81-82-83-84 [1982]. Sparkle In The Rain [1984]). But then they recorded a hit single sprung from the popular film, The Breakfast Club, and the band rose even higher. That song was “(Don’t You) Forget About Me”. Their next was the multi-Platinum Once Upon A Time (1985), which generated four hit singles (“All The Things She Said”, “Alive and Kicking”, “Sanctify Yourself”, “Ghost Dancing”). Over time, Simple Minds released twenty albums, one an acoustic rendering of classic hits from the band. 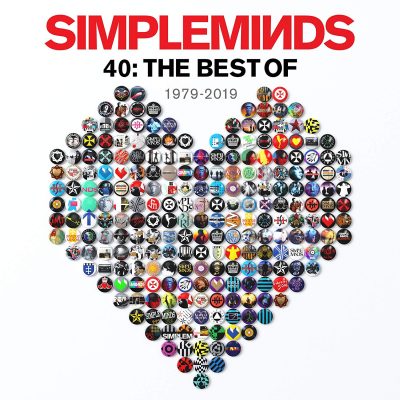 On November 1, watch for a complete 3CD collection that will bring the best of Simple Minds to light. For now there is no track list but I’m sure it will come to light soon. The collection will feature newly remastered tracks and one of those tracks will be a brand new one  (“For One Night Only”). The album set will be called 40: The Best of Simple Minds – 1979-2019 covering 40 years of the band.

40 will be made available on CD, DD, and vinyl LP.

The Creative Engine of 10cc Celebrated With The Things We Do For Love: The Ultimate Hits and Beyond