The Moody Blues not only gave the world classic albums during their long-running career, but its collective members also delivered a much loved wealth of solo works. Those works further branched out the unique flavors of the individual talents. The solo efforts arrived in the ’70s during a hiatus period whereby all the members of Moody Blues took time off the band to express themselves more deeply. One of those much-loved music explorations came from John Lodge. 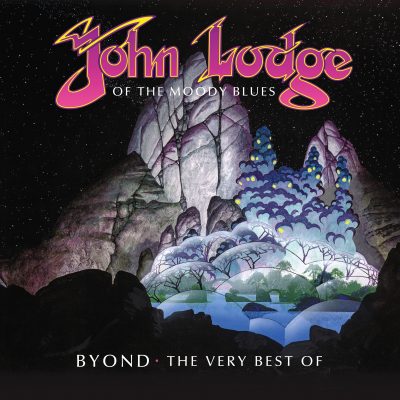 On September 27, BMG will release a twelve-track collection of John Lodge songs including live and studio renditions of Lodge-penned Moody Blues songs, two newly recorded songs, two new 2019 remixes, and some newly remastered tunes from the Lodge catalog, all chosen by John Lodge himself specifically for this set. The new set is being called BYOND – The Very Best of John Lodge.

BYOND will be available on CD and DD. Currently, the release of BYOND is preceded by a previously released but newly remastered single”Street Café” (heard below). The cover is new by Roger Dean.