The music of Russian Circles has always created a refreshing, if not assault-like quality. In fact, it’s surprising to me that they’re not better known than they are. With seven studio albums in circulation since their debut issue, Enter (2006), and including their newest one, Blood Year, this Chicago-based band has steadily risen in the ranks as a stunning musical powerhouse of a unit not to be missed. Their music can be classified as hardcore, metal, ambient, and even soothing…at times.

What Blood Year becomes is more of the dark progressive and minimalistic jam-style that they’re well known for. Starting with a contemplative calm on the short track, “Hunter Moon” quietly leads listeners into the booming shock of the next track, “Arluck”. From there, it’s surprise after surprise. “Kohokia” is as dark a metal song as can be and yet doesn’t betray the intended direction of the new album. Blood Year slows in the middle again with another short tune, “Ghost On High”, then launches again into more epic-sized songs that numb the senses. 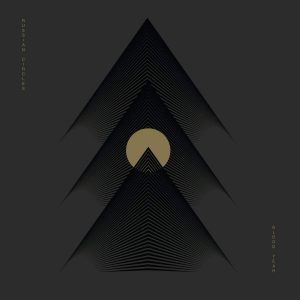 Blood Year is a great – and I do mean GREAT – collection of instrumental songs that arrives with all the subtlety of a ‘shock and awe’ front line attack. It never stops to check your blood pressure, which should be well-elevated during any listen of any song. If you like strong neo-progressive instrumentals with a dark blend of chaos, then try Russian Circles on any of their albums. If you know who Russian Circles are and are completely excited about Blood Year, then welcome back. We’ve been waiting for you.

There’s nothing average about Blood Year! Just be prepared to be singed.