Yes, we’ve seen it often before. The creation of a new ‘best of’ for Emerson, Lake and Palmer is a tested flashback for quite a few labels. But we’re there again (plus, I’m taking the opportunity to sneak in another impending release.) 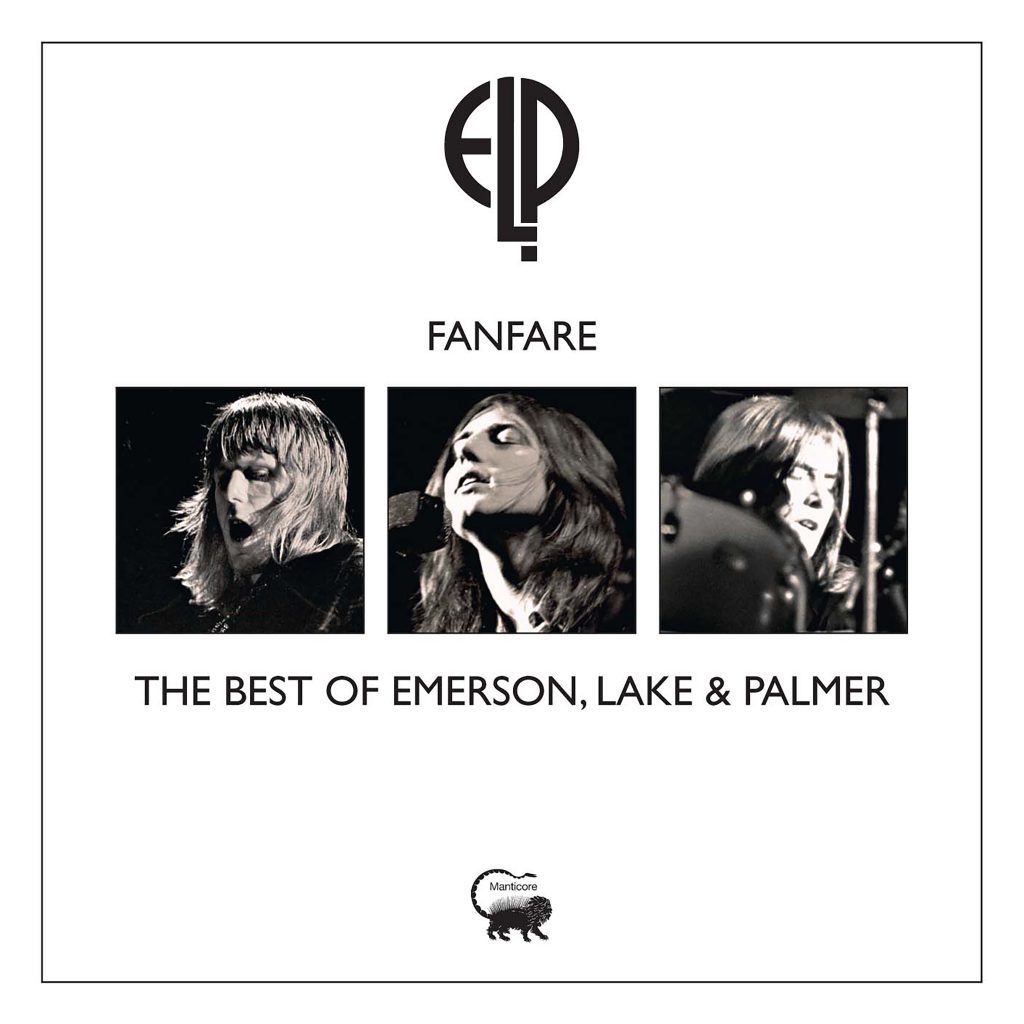 On June 14, BMG will release Fanfare, a ten-track collection of familiar (and loved) ELP songs (see tracklist below). This set will be budget-priced and is aimed at a newer audience needing an introduction to the band. With Carl Palmer’s ELP Legacy Tour (on a ticket with Yes) in swing, new folks being introduced to ELP music will likely need a short jump-start collection: Fanfare will be there.

(And speaking of Yes, watch for the release of Yes 50 Live in 4LP and 2CD  packages, currently expected in July. No word on whether this is a broad package pulling from decades of live performances, or whether this merely represents the band as it’s currently established. More on this soon.)