The last album released by Ryan and Anji as Lovespirals was Future Past back in 2009. With almost ten years gone, Lovespirals returns with their latest, Life Goes On. What makes it especially interesting is that it moves between chill and the dream pop the band started with back in the ’90s, and does it with a satisfying ease.

Life Goes On contains eleven tracks, one of them previously released via video and in anticipation of releasing a new album back in 2016. That album took a bit longer than anticipated but the music inside makes the album worth the wait. 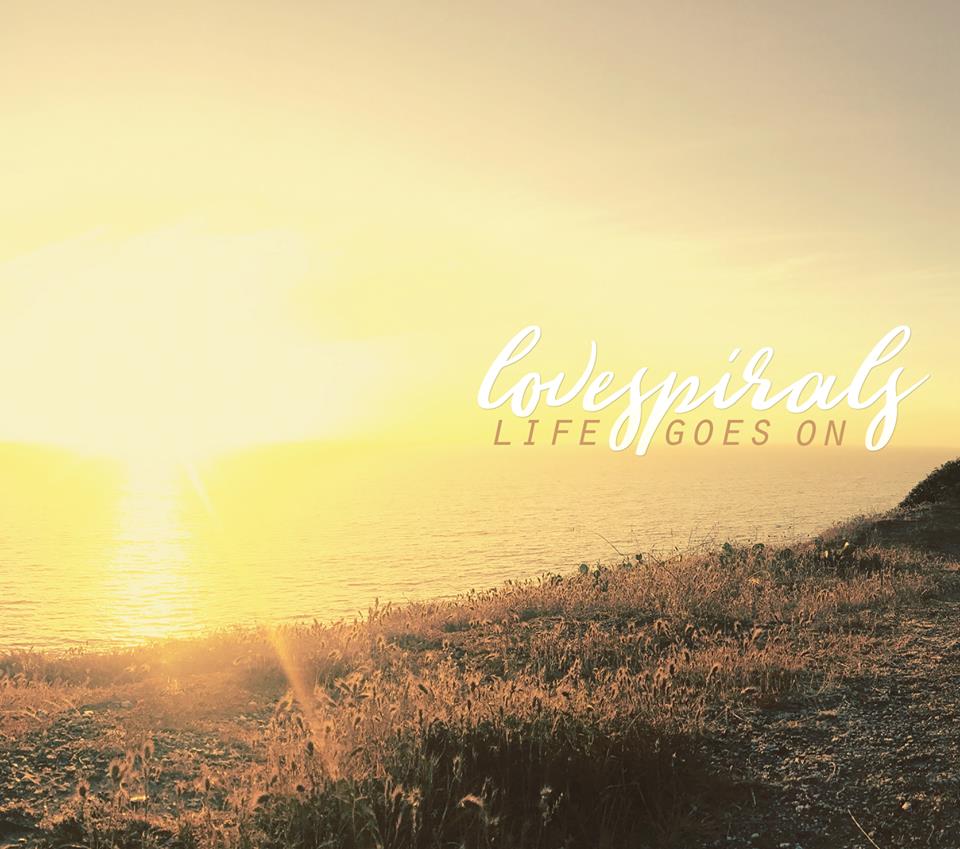 Life Goes On has quite an exploration inside. Beginning with the expected chill style, the album moves forward in the direction that Lovespirals have embraced since Windblown Kiss with “It’s Alright”. But then you hear the haunting, and ethereal gem that is “Will It Ever Be”, and you become a bit more attentive to what the duo is doing here. The title track is a nice bluesy tune that Anji handles quite nicely with her beautiful and sultry vocals, here providing a soulful offering.  “Breath Of Life” gets bluesy, too. It’s a style I’d love to hear Ryan explore even more as his guitar feels as comfortable with it as a well-worn coat.

“Brother Against Brother” is a another stunning track that catches your attention, and you want to revisit it. “Memories” closes the album with a gorgeous blues guitar surrounding Anji’s dream-like vocals.

Life Goes On is clearly an album that took its time. The music inside reflect the careful recording, deliberation, and composition of the songs. There is surprise after surprise within.

I will go on record as saying that Lovespirals fans will not be disappointed with Life Goes On, and will, in fact, be delighted with it. It has a long-lasting quality to it that will ensure its elevated and selective placement. For me, I find Life Goes On to have some of Ryan Lum’s best work as a songwriter and musician. Absolutely Anji Bee’s most nuanced vocals in much of what she has already recorded with Lovespirals is easily in evidence here.