Deerhunter To Release New Album, Why Hasn’t Everything Already Disappeared?

Deerhunter, if you are unaware of them, are a band from Atlanta, Georgia, who, over time, has provided more than their share of lasting music from the base of the New Millennium and the new music that thrives in it. They have released seven studio sets that have a distinct threadline leading into the still popular psychedelic sound, as well as the music of the ’90s. Their first album was issued in 2005 followed by six other classic Deerhunter sets. Of those, three of them have been released exclusively by the popular UK label, 4AD to date.  Previously, 4AD issued Deerhunter’s third and fourth album only in the UK. All in all, 4AD has handled five Deerhunter sets. 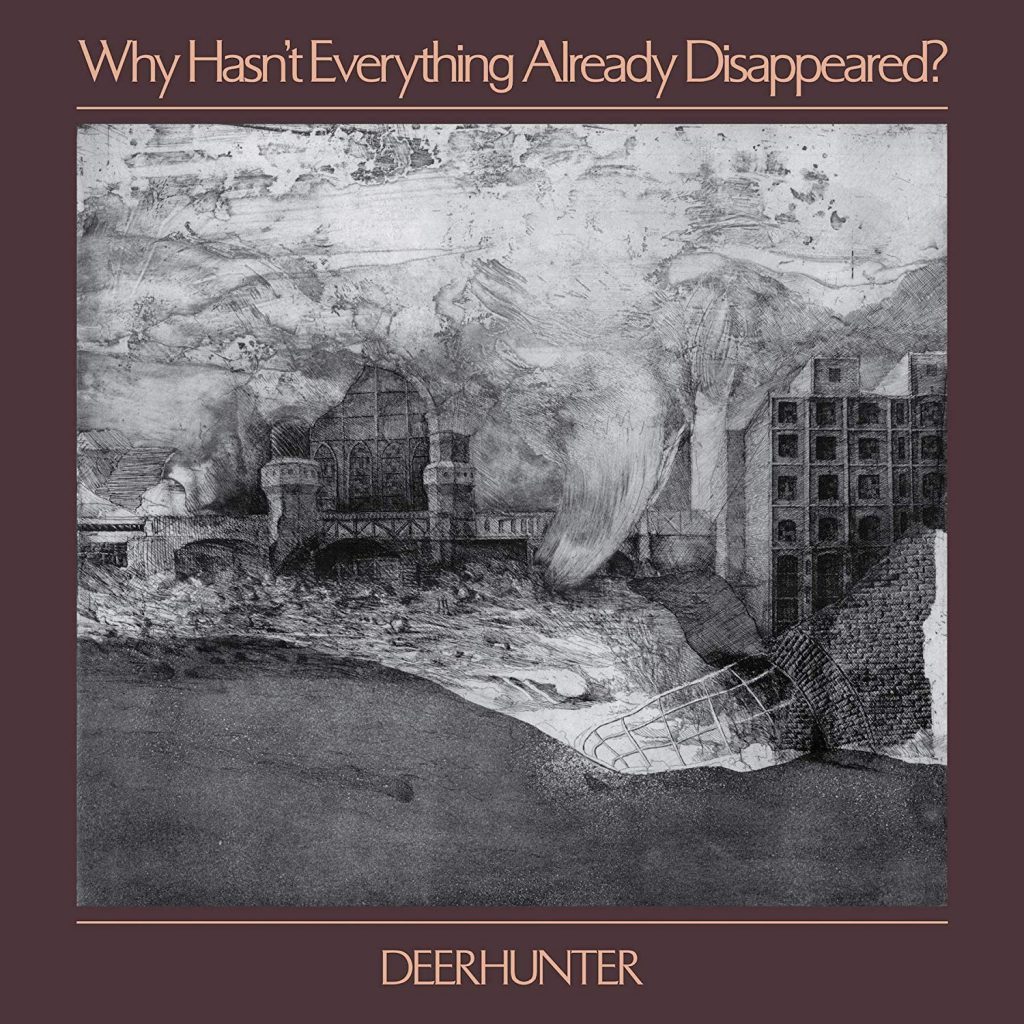 On January 18, 4AD will again handle exclusivity of Deerhunter with the release of the band’s newest (and eighth) album. The new album is being called Why Hasn’t Everything Already Disappeared? With ten new songs from the band, we’re on the side of optimism with the newly released single, “Death In Midsummer” (hear below). It’s the lead off track of the album.

The Post-Punk revival is still in strong, strong momentum. Deerhunter has their own sound that is influenced not so much by the ’70s and early ’80s (although there is influence there) but rather more the ’90s and its run of indie and alternative offerings.

Why Hasn’t Everything Already Disappeared? will be released on CD, DD, and grey-colored vinyl LP (with a download card for the DD version of the album included).

(As an aside, original member, Bradford Cox creates a Sunday Night Radio Hour with selections from Spotify, that run the gamut of incredible ’60s, ’70s, ’80s, ’90s, and modern era bandsand their songs. Mien (the band) does an incredible job of this as well. The programming is definitely interesting to listen to.)

Why Hasn’t Everything Already Disappeared? – Deerhunter