I remember back in 2007 attending the listening party for the band Marillion’s then-forthcoming album Somewhere Else. It was an enjoyable evening, and I had a brief opportunity to ask bassist Pete Trewavas, “When will there be another Kino album?” 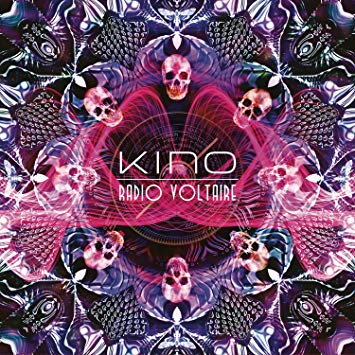 I suppose this wasn’t the appropriate time to inquire about another one of his bands (he also is a member of the prog rock supergroup Transatlantic), but I was taken by the band’s 2005 debut Picture and was hoping for confirmation that this wasn’t a one-off. The prog rock community is littered with such. Trewavas said something to the effect that no, this was something that he wanted to see continue and hopefully that would happen.

Like the punchline of a really long story, Kino’s second album has arrived thirteen years later. Give the members credit for what has happened in-between. Marillion released brave and career-defining records that challenged both their fans and the respective musical genre. Keyboard player John Beck brought back his band It Bites. Drummer Chris Maitland (Porcupine Tree) moved on to other ventures entirely, to be replaced by Craig Blundell who presently drums for the band Frost* and Steven Wilson’s (Porcupine Tree, Blackfield) solo group.

John Mitchell, who it is fair to say is Kino’s leader as vocalist, guitarist, and co-writer with Trewavas, is more than busy. A member of Frost* and Arena, new lead singer for It Bites, founder of Lonely Robot, onetime guitarist for John Wetton and Geoffrey Downes’ Asia offshoot Icon, and more, Mitchell is consistent both as a hard rock guitarist and a prog rock soloist. In half of his ventures, he also writes and sings. No wonder then that any movement on a second Kino album was a little late.

But it is here now. The intriguing Radio Voltaire is going to surprise people who were enamored by Picture, and it concerns me that the record is bound to be misunderstood. A healthy segment of the listeners are going to want the weird time signatures, the epic 20-minute track, the long instrumental passages, and maybe some lyrics about kingdoms of ice and fire, and they’re not going to get them.

And that’s perfect. See, Kino as a unit, and Radio Voltaire as an example, is a rock and first, very song-driven and not neglecting the value of hooks. There are the occasional flips of the beat and Mitchell’s elegant and powerful guitar skills frequently make you aware that the force behind these knows what he’s doing, but those proggy tropes are seldom front and center.

I like proggy tropes if they’re done right, but I also appreciate energetic music that doesn’t ask too much from the listener other than to enjoy it. Radio Voltaire bowls right down that center line. Tunes like the first single, “Grey Shapes on Concrete Fields,” the opening title track, and “The Dead Club” dabble with complexities but focus mainly on giving you an adrenaline kick. It is, in some respects, a respite for the involved players from the rigors of their day jobs.

Two of the best tracks on the record are, curiously, both ballads. “Idlewild” invokes the previous name of New York’s John F. Kennedy Airport and uses that image of travel and departure to frame the end of a relationship. “There’s nothing to declare, this race is run,” Mitchell sings in his affecting, husky voice. “Idlewild, you’re not the only one – for pity’s sake, these fake goodbyes you offer everyone…”

The other key tune is “Temple Tudor” which suggests that privilege is blind to its own advantages, and the damage it causes without taking into full account its heightened status is doing great harm to the rest of society. The group’s location in the U.K. suggests a veiled editorial on Brexit, and it’s not difficult to drop in those conceptions after lines like “…If we’re throwing stcks and stones, is it from ivory towers,” and “are we burning bridges from temple tudor castles?” Universally, power and stature has a way of neglecting the needs of those without, or worse, those without are seen as a burden and a drain on capital-S Society. It’s an overreach to say that this track is a protest anthem, but it certainly invites one to think about what’s going on.

No, there will be no progressive dissertations and hour-long magnum opus performances to be found from Kino’s Radio Voltaire, but one will find a solid, consistent, and overall thoughtful effort from Mitchell, Trewavas, Blundell, and Beck. I genuinely hope it won’t take another decade-plus to bring them back around.