Two weeks ago, I saw the best minds of my generation go through hell. I saw them twist, bend, and contort into the most ungodly shapes. The new Paul McCartney album arrived. 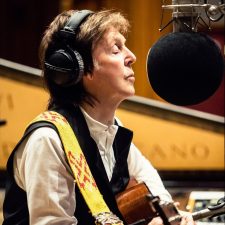 Oh, the painful yoga isn’t about the album, Egypt Station, but more that one song. Aside from it, we saw precisely what we expected to see. The diehards shouting from high places that Macca’s still got it and, in fact, never lost it. The contrarians glowering that there isn’t a single “Maybe I’m Amazed” to be found on the new record, and it would be best for him to stop screwing around with his legacy and just perform the said song on tour until he dies.

Clearly, I’m looking down the center line as objectively as I possibly can, if such a thing is possible anymore. Plus, I’m attempting to find my way to that song, because we will need to talk about it. Everyone else is.

Egypt Station is a very good album. Will it replace the highs of McCartney’s storied career? Absolutely not, but not for lack of effort or an indicator of any deficiency Egypt Station may have. When you have been elevated to the lofty position McCartney has been at since, I don’t know, 1975…everything gets exaggerated. It’s more than the fact that he was a Beatle. He was also very successful as a solo artist and member of Wings (and depending on who you ask, they’re kind of one and the same).

That means the reviewer who discusses Egypt Station cannot praise the album as being the competent work of a pop artisan who would probably have to work hard in order to make a terrible album. It’s a given that the disc will have lots of worthwhile moments like the contemplative proper opener “I Don’t Know,” the electric “Come On To Me,” the new wave-ish “Who Cares,” and the modestly ambitious “Despite Repeated Warnings.” I am stuck between a faction that will claim I was not effusive enough in proclaiming the second coming of Macca and another faction that denigrates the summary as a pander, as giving brownie points to a legend merely for showing up. You can’t please everyone (anyone), I presume. 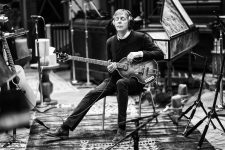 McCartney’s voice has aged because so has he (the reviewer said sardonically). Most of us have had his voice in our lives for as long as we have lived, and particularly, we’ve had specific eras consistently returned to us, so it can be jarring to hear that he is not one hundred percent ageless. At the same time, he carries the album off with the spirit of a much younger man, and even if the years impact his vocal instrument a bit, he sounds far better than a lot of the peers of his age bracket.

Another thing about McCartney that deserves reflection is his competitive nature. Famously, it was in full view in the 1960s as he and The Beach Boys’ Brian Wilson sought to achieve pop perfection. It later arrived in the form of McCartney wanting to work with the most celebrated musicians of whatever decade he was in, be it Michael Jackson, Stevie Wonder, Elvis Costello, the surviving members of Nirvana or Rihanna and Kanye West. He’s not satisfied with being that fondly remembered elder who now again pops onto a television show to rifle through the good old days. He’s a creator, and he still has the capacity to create.

That desire probably led him to work with Ryan Tedder, mega-producer/writer and OneRepublic bandleader.

Because it is known he has that kind of pull, he commands a high price, and because people pay so much for his services, they are less inclined to leave his contributions on the cutting room floor. Imagine a movie that drops a million for a special effects scene from Industrial Light and Magic. The scene isn’t essential and actually drags the narrative down. But because it cost a figurative arm and leg, it stays in the picture. That’s Ryan Tedder in a nutshell. 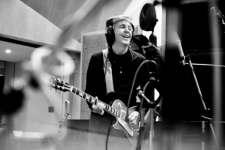 For those who are coming around to a pleasant acceptance of the inanities of “Fuh You,” that song I alluded to earlier, the consensus is that this is the textbook definition of a bonus track, a trifle that should have been treated like a trifle, and not as part of the permanent record. The glance of naughtiness in the lyrics is a feint, and hardly worth the fuss. But that Ryan Tedder money…

It is my understanding that Tedder and McCartney’s working relationship was, shall we say, chilly. I can see why. Having just honored McCartney’s tireless desire to grow, to compete, to make pop music at the highest level he can, he has been presented with a tune that doesn’t really go anywhere except into the bag of tricks that Tedder has worn through for years. The rhythm plods and lumbers along. Worse, you will keep wondering where you’ve heard the song before, and not in an ingratiating way. That’s because the chord progression is the chorus of Tom Petty’s “Learning To Fly.” You couldn’t get two more different creative philosophies than McCartney and Tedder’s and they clash.

The struggle so many had with the track – the thing that provoked all the hot yoga – is that there’s this notion that to love McCartney’s work, you must love all of it uniformly. You must reject the possibility that some songs will fall flat and find reasons to accept them anyway. (There’s a reason why debates about “Wonderful Christmastime” have flared up every year since its arrival.) You can force-feed yourself a tune until it becomes a “grower” and you learn to like it, or you can skip to the next song. Egypt Station has fourteen songs and two interludes. You don’t need to pull a muscle on this one.

Were it the case that Egypt Station‘s issues resided with one solitary song, we could just skip it and move on. There’s another problem. Greg Kurstin is the hot producer of the moment, having ascended from earlier groups such as Geggy Tah and The Bird and The Bee and huge productions for Sia and Adele. Last year alone, he was behind the boards for both Foo Fighters’ Concrete and Gold and Beck’s Colors. Naturally, McCartney wanted him.

What irks me about Kurstin is that he is enamored with compression. There are moments on Egypt Station where the sonic palette is so crushed down that elements you might not even notice – at times, the age in McCartney’s voice – are shoved right up front in an unnatural way. The results are sounds that come off as needlessly muddy as if the fear of being too bright might allege a cheapness and inauthenticity, which is silly. No one will hear this album’s efforts and infer it was a laptop production.

Here’s the good news. While the production isn’t to my particular taste, and I may skip over “Fuh You” more than not, Egypt Station is still fun and enjoyable. It has a few things to say. It is not a hard listen that will make you feel worse for having indulged. McCartney is a pop savant who wins the day because he can’t help it. It is the kind of curse we’d all like to be afflicted with. Does the album somehow topple all comers to be the best of the year? No. Does it embarrass the creator? Certainly, no.

Egypt Station, despite some extra grit in the street and one obvious pothole, rolls down the center line confidently and credibly.

P.S. What the “Fuh”? So why did McCartney write the lyrics to “Fuh You” in that manner anyway? The answer, I speculate, could be that George Harrison took great interest in the song “King of Fuh” in 1969, performed by Brute Force (also known as Stephen Friedland). He purchased it, overdubbed strings provided by the London Philharmonic Orchestra, and released it as a single on Apple Records.