Do you hear that tortured scream? That’s your wallet over the next few months as record labels assist your holiday shopping needs (and reduce your weight, dollar by dollar). 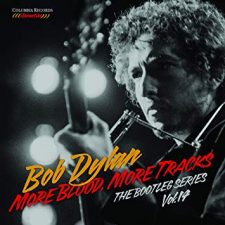 Columbia Records and Legacy Recordings will release Bob Dylan – More Blood, More Tracks – The Bootleg Series Vol. 14 on Friday, November 2. This release makes available the studio recordings made by Dylan in 1974 that resulted in 1975’s Blood on the Tracks.

The album is legendary not just as-is, but because of the wrangling that brought it to life. According to Columbia’s press materials, the record was originally recorded during four days in New York City in September, 1974, the album was mastered, and review copies began to circulate. A few months later, Dylan felt the album needed a different approach and rerecorded five of the tracks at Minneapolis Sound 80 Studios beginning in late December of that year. While bootleggers and collectors have circulated some of the session tracks over the years, most of these recordings have never been available in any format.

This edition will appear as a single disc / 2LP configuration and a 6CD full-length deluxe version for Bobophile in your life.

Both the clear 2xLP and the black 2xLP are pressed on 180 gram vinyl comprising of a full album LP plus an LP with 11 bonus tracks. The vinyl comes packaged in a gatefold sleeve with embossed logo and includes an 8-page booklet with liner notes and photos as well as a download coupon for all tracks on both LPs. 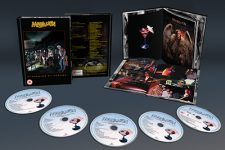 Marillion continue their reissue campaign with 1987’s Clutching At Straws, the last studio album with original lead singer Fish. The expanded five-disc set features four CDs and a Bluray disc with a 5.1 surround sound remix. A five-record vinyl box set will also be available. Both hit the ground running this November.

Often considered an unsung classic from the band, Clutching At Straws features fan favorites like “Slainte Mhath,” “Incommunicado,” and “Sugar Mice,” songs that have remained in live sets to this day with the band’s longtime vocalist Steve Hogarth at the helm. 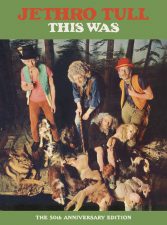 Continuing on anniversaries, Jethro Tull’s This Was reaches the half-century mark this year. The latest in the band’s hardback booklet reissue campaign arrives November 9. The release of 1968’s This Was, their debut effort, shows the roots of the band that would transform from a blues-based rock style (think early Fleetwood Mac), into one of the cornerstones of the progressive rock movement.

The accompanying book will be filled with an extensive history of the album, track-by-track annotations by Ian Anderson, plus rare and unseen photographs.

This release marks what might be the final hours of the hardback campaign, as Wilson has indicated disinterest in continuing with remixes after Stormwatch, the last of Tull’s trilogy of folk-based prog (with Songs From The Wood and Heavy Horses). That’s not to say that another producer/remixer might not take up the process on Tull’s more synth-based albums, or that Wilson might not be persuaded, but if that does not happen, at least the earliest Jethro Tull efforts have been polished and presented in their best form for the next 50 years.