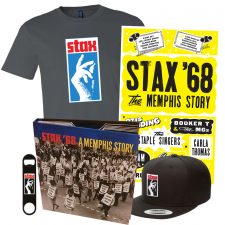 It all crescendoed in 1968, a tempest-tossed year when the label redefined its own sound and, in the process, channeled a larger historical zeitgeist.

Three earth-shattering events altered the state of Stax in ’68. America reeled following the assassination of Dr. Martin Luther King, Jr., whose death occurred practically in Stax’s back yard. The resulting social, political, and cultural cataclysms profoundly affected the label’s direction. Stax was also working overtime to reinvent itself in the wake of Otis Redding’s untimely December 1967 passing and the dissolution of a deal with Atlantic Records that gave the label perpetual rights to Stax’s back catalog.

Stax ’68: A Memphis Story, out via Craft Recordings, captures this crossroads in stunning, beautiful detail. The five-disc box set contains the A- and B-sides of every single released under the Stax banner in 1968, including the company’s sub-labels. With a 56-page book including revelatory, in-depth liner notes by Andria Lisle, Robert Gordon, and Steve Greenberg, as well as rare and previously unseen photos, the set presents more than 120 songs from this unprecedented creative period in American music. Some tracks are by soul legends (Isaac Hayes, The Staple Singers, William Bell, Booker T. & The M.G.’s, Johnnie Taylor) and some come from the deeper Stax catalog, and are equally incredible artists (Linda Lyndell, The Soul Children, The Mad Lads). 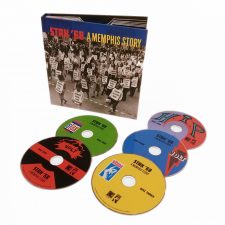