Greta Van Fleet emerged into the current stream of Rock bands heavily influenced by the Blues Rock that largely made up the tapestry of bands during the ’60s and ’70s. Formed in 2012, they’ve released two well-received EPs, and have been named the best of almost anything you can imagine. They get their name dropped often. In short, Greta Van Fleet is a band who is about to find their place in the annals of Rock music. Greta Van Fleet is a band with three brothers, and Danny Wagner, the drummer. As an advantage, Josh Kiszka has a completely unmistakable Robert Plant vocal style. 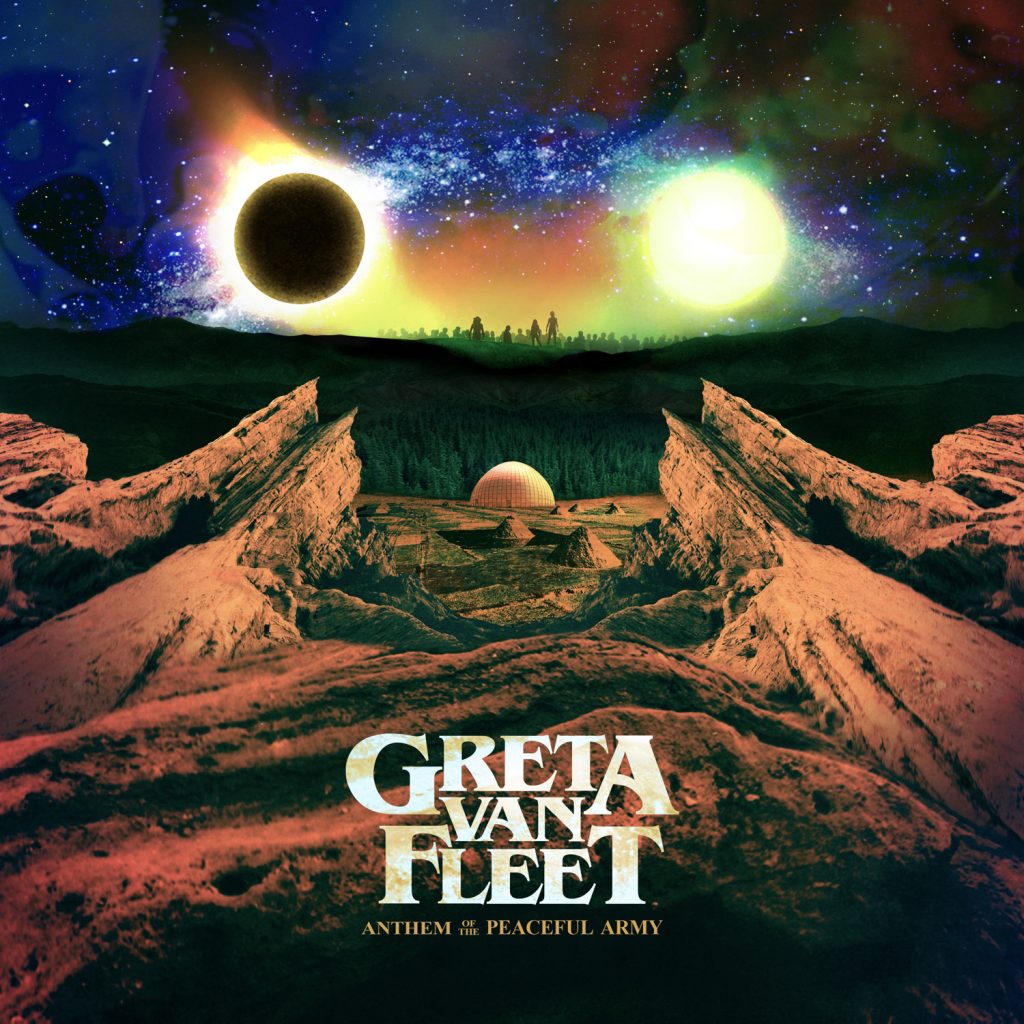 On October 19, the anticipated album debut arrives with a collection of ten songs. The new album is being called Anthem Of The Peaceful Army. The lead-off single (“When The Curtain Falls”) from the new album was released in mid-August and has already garnered an impressive stat of over thirteen million playback streams, along with almost two million views on YouTube. Money in the bank!

Anthem Of The Peaceful Army will be released on CD, DD, and black vinyl LP.