Anyone that enjoys ambient music is certain to appreciate the pioneering efforts of a certain German collective known as Tangerine Dream. From their beginnings with the release of Electronic Meditation (1970) through the end of their so-called “Pink Years” (so-called because of the Ohr label’s use of a pink ear on the label itself), and finishing with Atem (1973), Tangerine Dream had eventually set the foundation for its most classic period with Froese, Franke, and Baumann.

The Pink Years encapsulates Electronic Meditation, Alpha Centauri, Zeit, and Atem issues. These releases went a long, long way in establishing the band with fans of the developing ambient style. After the classic lineup signing with Virgin, the music would undergo a strong uptick in popularity and would therefore be structured with a semblance of a Rock album.

During the first four albums, especially Zeit, Froese’s poetic titles for the band’s compositions would set further tone for the magic of Tangerine Dream. With these four embryonic studio sets, Tangerine Dream became the classic ambient band they deserved to be, influencing every – EVERY – developing ambient band along the way. 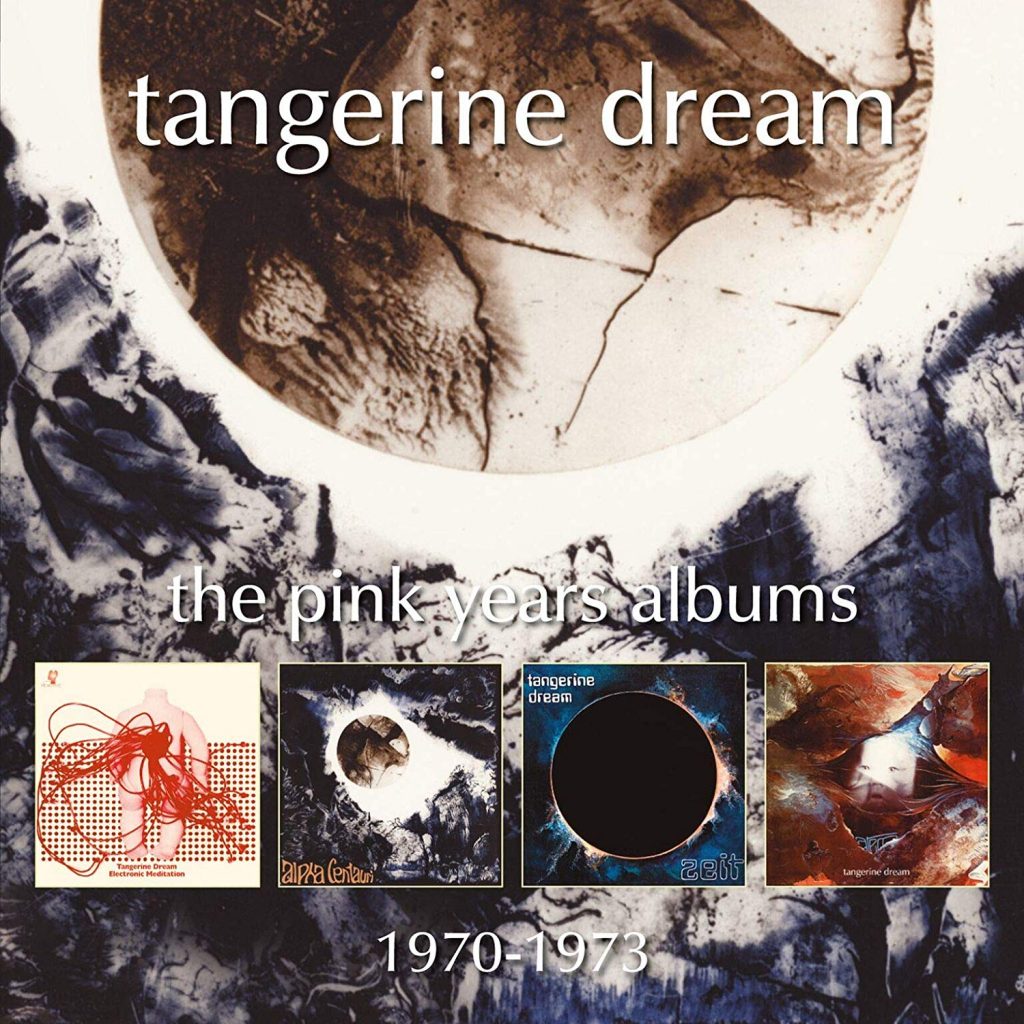 On September 28, Esoteric Recordings, and Reactive, both labels under the unerring Cherry Red umbrella, will release a 4CD Box reveling in the magic of “The Pink Years” with The Pink Years Albums 1970-1973. Each of the four albums will be newly remastered. Each CD will be housed in wallet sleeves. The clamshell box will provide a poster inclusion. The tracklist for this set is completely familiar. There are no bonus tracks but…do we really need them? I’m not aware if a booklet is included inside the box.

This is an essential for fans of Tangerine Dream.