The opening track of the album, “Welcome,” will be released as a digital single on September 14 with a pre-order for the album (on all formats) beginning September 19.

The progressive duo Carptree was formed in 1997 in Stockholm, Sweden, by the songwriters Niclas Flinck, vocals; and Carl Westholm, keyboards. 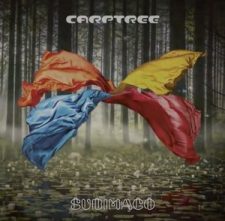 Subimago will be released in October and joins the group’s previous albums Carptree, Superhero, Man Made Machine, Insekt, Nymf, and Emerger.

More information is available at: https://www.facebook.com/carptreeofficial/?fref=ts