Since the late ’70s, Graham Parker (initially with his band, The Rumour (through 1980, then again with Three Chords Good (2012), and Mystery Glue (2015), his last album), had steadily found a solid audience. With his Arista debut, Squeezing Out Sparks (1979), his fourth, Graham Parker rode a critically acclaimed wave of Post-Punk perfection.  Since that classic set, Graham Parker has explored a range of music with eighteen subsequent album releases. And while he no longer had his thumb on the pulse of the music, he maintained a rabid fan base with his extraordinary ability to craft a satisfying collection of songs. 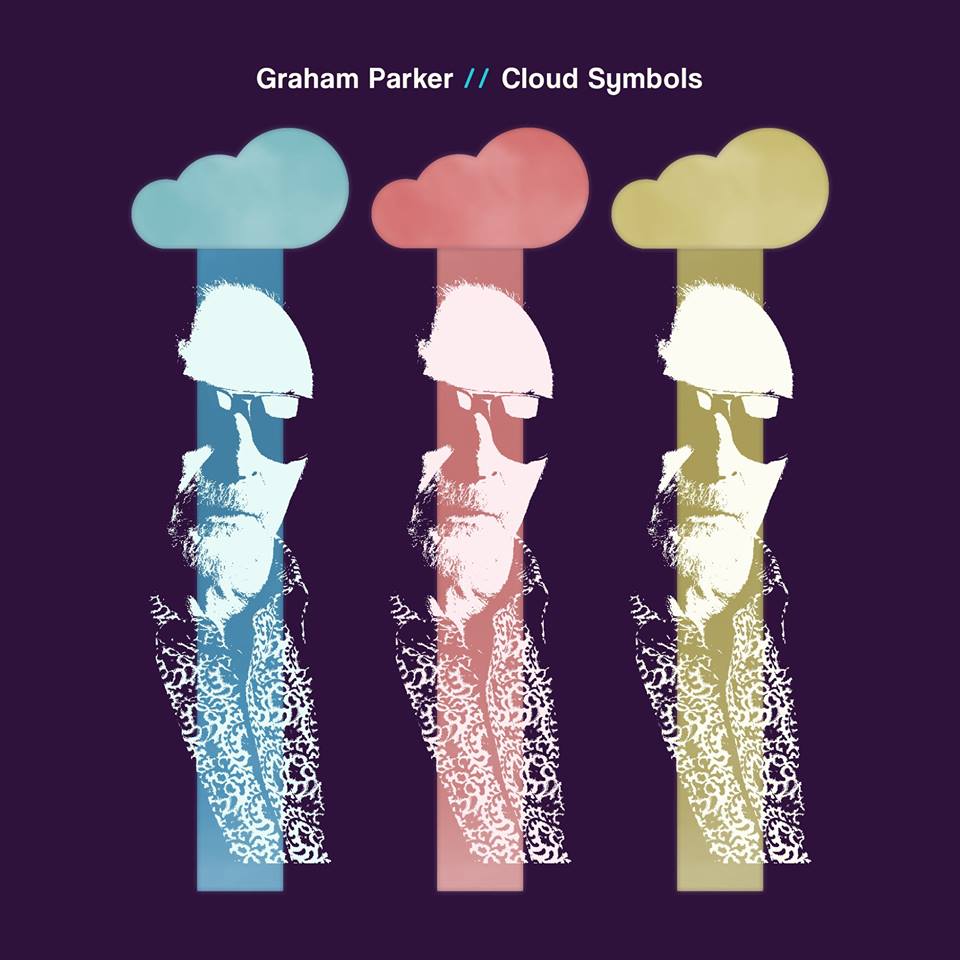 On September 21, Graham Parker will release his next album, Cloud Symbols. With this new album, he records with a new band, The Goldtops, which boasts of previous Rumour member, Martin Belmont. The new album will contain ten newly crafted Parker tunes, two of which are already released as singles (“Dreamin'”, and the recently released “Every Saturday Night”).

Cloud Symbols is being released by 100% Records, and will be made available on CD, DD, and a limited edition hot-pink colored vinyl LP. There are bundles being made available as well as signed editions (here).