If you’re a fan of Toto, the late ’70s LA Rock band who enjoyed hits with “Hold The Line”, “Make Believe”, “Africa” (my favorite of theirs), “I Won’t Hold You Back”, and “Rosanna”, then you should be pleased with this piece of news.

On October 12, Legacy Records will release a massive vinyl LP box, All In, featuring thirteen titles that include (and their LP configuration for the box):

Old Is New has ten tracks, seven of which are previously unreleased. It will contain “Spanish Sea”, “Alone”, and “Struck By Lightning”, all of which are found on the band’s recently released 40 Trips Around The Sun compilation. 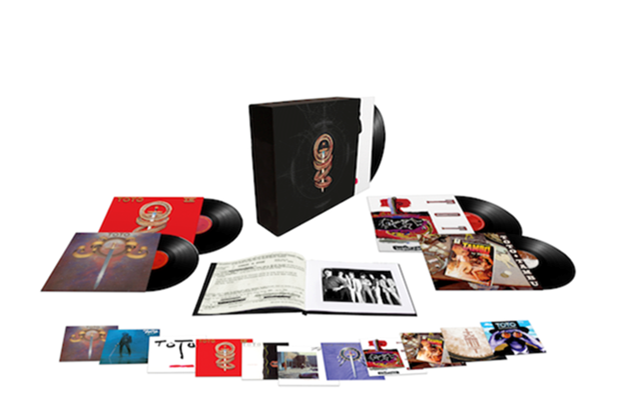 All In will also provide a Blu-ray disc with the 1990 concert film, Live in Paris, AND the entire multi-platinum classic, Toto IV, mixed in 5.1 Surround Sound. An 80-page book will accompany the Box filled to the max with photos, essays, notes, etc.

All Boxed sets will contain an 8″ x 8″ certificate of authenticity signed by the band.

All In cannot be bought in stores and will only be made available online at this link (here). And I’m not gonna lie to you; this set is NOT cheap (as the interested will discover). Bear in mind, that you can only order until April 10 to receive the Box on October 10.

A CD Edition will be offered later in the year.