SACDs are certainly winding down in the industry. Once a hoped for sizable niche, the marketplace for them has diminished considerably given the practicality of DVDs (DVD-Audio), and BDs (BD-Audio). With necessary additional hardware needed to play them back, the marketplace now only has legacy owners of SACD units and pricey SACD-enabled multi-players. Because of that dwindling number, we hear of less and less. But that doesn’t mean they no longer issue. With a wealth of desirable titles out there still not converted to superior (in my estimation) SACD hi-res, it’s nice to see them trickle out. One of them is a favorite of mine, Todd Rundgren‘s excellent Something/Anything.

On January 12 of 2018, Analog Spark, a division of Concord/Universal, will reissue Something/Anything as a 2-disc package with an SACD and a CD included within a Stoughton gatefold jacket.

This will be a necessary add title for those fans of the album who still enjoy the sound quality afforded by SACD playback within your much beloved music listening arena. And of course, hearing massive radio hits “I Saw The Light”, and “Hello, It’s Me” in Super Audio splendor, as well as FM favorites, “Couldn’t I Just Tell You”, and “Wolfman Jack”.

Something/Anything is listed in Rolling Stone’s Greatest 500 Rock Albums of All Time at number 173.

Also from Analog Spark will be an SACD Hybrid reissue of A Wizard, A True Star, which is being released the same date as Something/Anything. 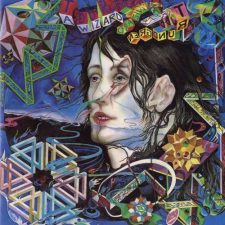