For The Holidays: Projekt’s CDs of Holiday Music Are Ethereal Delights 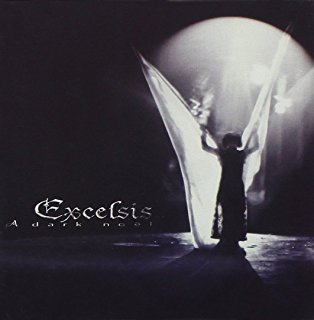 As Christmas begins to round the corner, it’s likely that some of you have already begun to spin holiday music choices. I know I have. And like many of you, I have favorites. Several of my all-time favorites are actually from the same label.

Between 1995 and 2001, Projekt Records released three richly curated Holiday sets, all known as Excelsis. The three volumes were sub-headed to distinguish themselves. Between the three sets are 38 songs, none of which can be properly classified. Many of the tracks found on these three volumes are re-imagined traditional classics, and some are  new compositions.

All the contributing artists are from the Dark Wave genre, moved along with great supportive effort from the Projekt label owner, Sam Rosenthal. And while the music is gothic in nature (as were many of the original old traditionals), they are surprisingly beautiful and completely memorable.

Volume One is sub-titled A Dark Noel. But do not be deterred by the title (if it would threaten to deter you), the music transcends all expectations of sound. On the first volume (issued in 1995), you’ll be treated to a stunning version of “Welcome Christmas” by Love Spirals Downward, which features the beautiful vocals of Suzanne Perry , This Ascension’s haunting “Carol Of The Bells”, the unmatched sounds of Lycia, with their unique rendition of “We Three Kings”,  Area’s incredible version of “O Come Emmanuel”, and a fantastic bar period piece by Faith and the Muse of “A Winter Wassail”.

Volume Two, sub-headed as A Winter’s Song, is filled with equally captivating music. Of the album’s fifteen tracks, my favorite stand-out is “In The Bleak Midwinter”. But the album is generously populated with other songs like Julia Kent’s string instrumental of “What Child Is This?”, Lycia’s “O Little Town of Bethlehem”, The Crüxshadows’ version of the Lennon classic, “Happy Xmas (War Is Over)”, and Thanatos’ version of “Silent Night”.

Volume Three – a prelude – was a response to the popularity of the previous two releases, but only issued as a nine-track Maxi-CD. Nevertheless, it beautifully caps off a rare and memorable trilogy of sets that you may not have heard the contents of. It displays Lynn Canfield’s lovely “Edelweiss”, “Aspen Glow” by Lovespirals, Frolic’s enchanting “Angels We Have Heard On High”, and an alternate version of “Silver and Gold” (first heard on the second volume) by  Faith & Disease.

Of the three CDs, the first one is completely sold out in physical form. However, it can still be purchased digitally here in a ‘name your price’ offering (here). The others are still available (here, and here).

Please understand that you WILL be surprised by what you hear. I highly recommend all three volumes!