Pete Townshend was one of four individuals that energized the band we’ve all come to love asThe Who. But even as he was a part of The Who, their creativity revolved around his song craft! And even though, The Who had plenty of his work, there was enough to slip into solo territory. In 1972, Pete Townshend rekeased his first solo album calling it, respectfully, Who Came First.

Who Came First was actually a hybrid of leftover Who constructs, especially after the capsize of Lifehouse (a Who/Townshend project) and its subsequent farming of songs that became Who’s Next (1971). Half of Who Came First was a foray into cover tunes. Upon release, it fed ravenous Who fans ably enough, charting well.

On April 13, a 2CD 45th Anniversary expansion of Who Came First will be reissued with an addition of eight bonus tracks, all previously unreleased. These will include edits, alternative tracks, and live tracks. 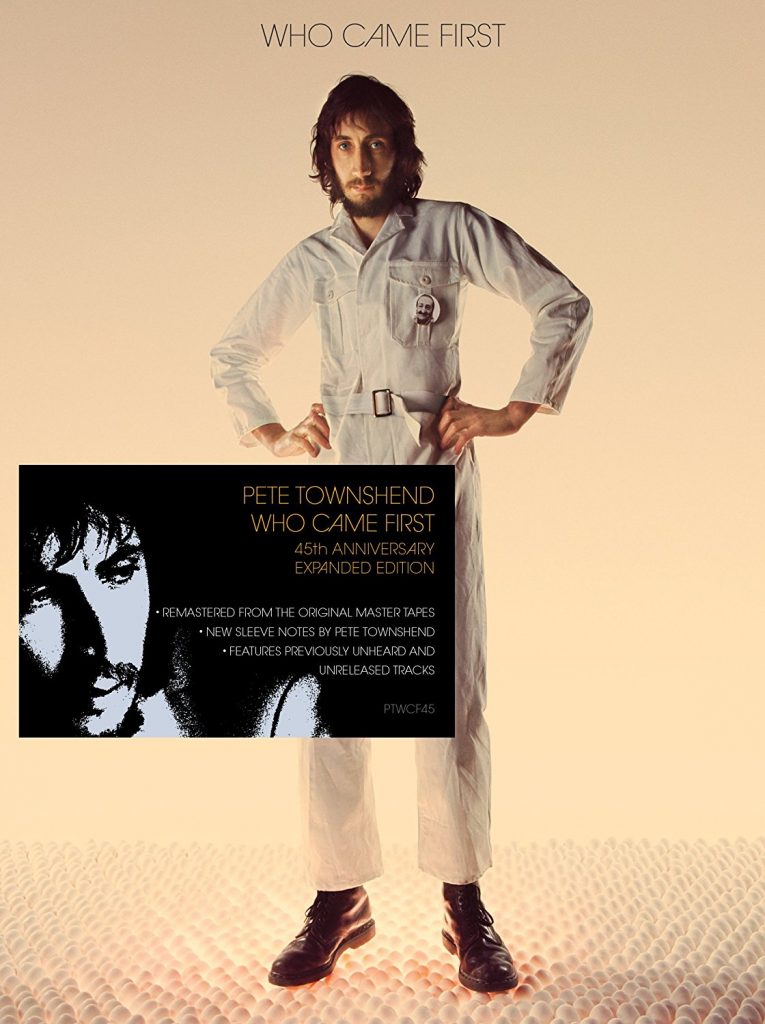 The 2CD Who Came First will be delivered in an eight-panel digipak, and will come with a replica poster as found in the original album release. The included 24-page booklet will contain new Townshend notes, as well as rare photos of Townshend in the studio with Meher Baba.