Dokken, working the metal genre, began their album releases on Elektra Records back in 1981 with Breaking The Chains. Their follow-up – Tooth and Nail – found their audience and went to million selling Platinum status. For three albums beginning with Tooth and Nail, Dokken enjoyed a high for approximately three years before differences caused the dissolution of the band. Despite a reformation a some years later, the band never truly regained the heights they were on prior to the break.

On January 27, BMG will release a 4CD Box and a 5LP Box to celebrate the highly successful 4 albums that were originally issued via Elektra Records. Those will include Breaking The Chains (1983), Tooth And Nail (1984), Under Lock and Key (1985), and Back For The Attack (1987). The boxes will feature all Andy Pearce new remasters for the four titles, with the 5LPs being available on 180g-weight black vinyl. 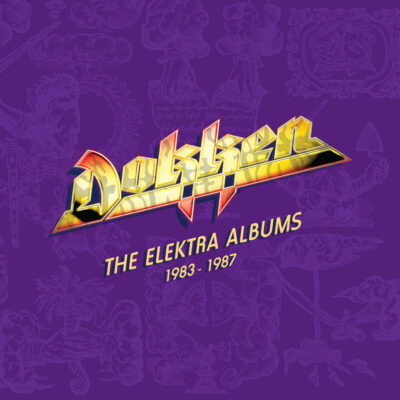