Since the ’80s, Patrick Ogle has given a the stage moniker of Thanatos a level of talent that seems (to me) to be underrated and underappreciated. The release of This Endless Night Inside with classic tracks like “Brush Up”, and “Things Fall Apart” have long provided a deep look into the thought processes of an introspective musician with things to say. Thanatos has been tightly integrated with Projekt Records for many decades. The band has issued several interesting album titles including his last one, Portland (2020). 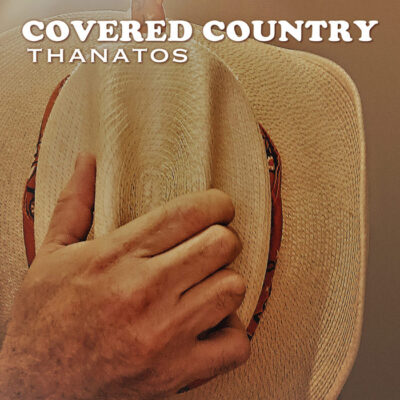 On November 26, the next Thanatos album emerges with a new twist. The album – Covered Country – is just as the title hints, an album of country songs covered by Patrick Ogle as only he could – with a unique sense of understanding and of respect. Covered Country is a collected set of 9 songs featuring classics by Kris Kristofferson, Guy Clark, Lucinda Williams, John Anderson, and The Highwaymen. These covers are called homages not necessarily to the song themselves, but to the songwriters that wrote them. Personally, I think that someone should do a covers album of classic Thanatos songs to memorialize the talent of Patrick Ogle.

It should be noted here that Thanatos is not a country band. Their music is largely goth and folk, both of which do NOT accurately describe the actual style of Thanatos. But with his musical wanderings, the new album should be rewarding.

A pre-release single of “Seminole Wind” is out and can be heard below.

Covered Country is available on CD and DD.