The Atlanta-based band, Mastodon, has been in the upper echelon of the Metal genre since their 2009 Crack The Skye album. However, Mastodon released their first album in 2002. By 2004, they were on the US and UK radar scopes with Leviathan, and by their third album, Blood Mountain, they were known worldwide. Their brand of Metal resonates with fans. 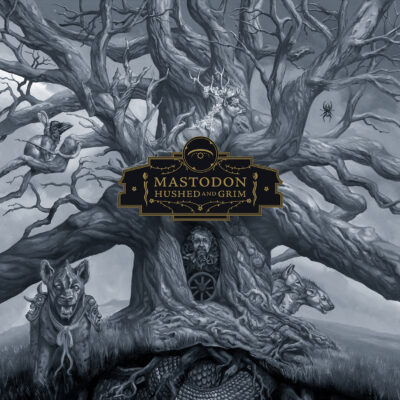 On October 29, Mastodon will release their new studio album, Hushed & Grim. Fifteen new tracks are found on the new set, of which one – “Pushing The Tides” – is in release as a fore-running single.

Hushed & Grim will be released on 2CD, DD, black vinyl 2LP, and limited edition clear vinyl 2LP. There is a Deluxe set Mastodon online store exclusive 2LP clear vinyl that will come with exclusive art. All pre-ordered versions come with free DD. The vinyl 2LP packages are delayed until November. Their online store has a wealth of bundling opportunities to choose from, including a branded record player.