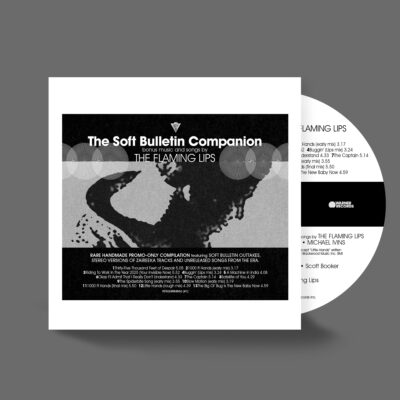 On July 16, Warner Brothers Records will release a companion CD to The Soft Bulletin filled with outtakes from the Soft Bulletin sessions as well as other unreleased tracks and mixes from the time period. Additionally, the CD will contain stereo versions of five tracks from the earlier album, Zaireeka (1997). Originally, the 13-track CD was a promo-only rarity gifted only to radio and media during The Soft Bulletin’s rise in popularity. This set was referred to (and titled here) as The Soft Bulletin Companion (Bonus Music and Songs).

The Soft Bulletin Companion is being released on CD, DD, and Limited Edition Silver-color vinyl 2LP.