As 2021 marches along (and it IS marching along at a rapid rate, it seems), so do the reissues for classic 50th Anniversary celebrations of some titles. For The Grateful Dead, which has a solid following even among newer generations who were not around at their peak, the albums, in their order, are moving along. Last year, Workingman’s Dead arrived in definitive CD and LP editions. The year before it was Aoxomoxoa. Now, it’s the turn for the ‘Skull and Roses’ collected live tracks album officially titled Grateful Dead. 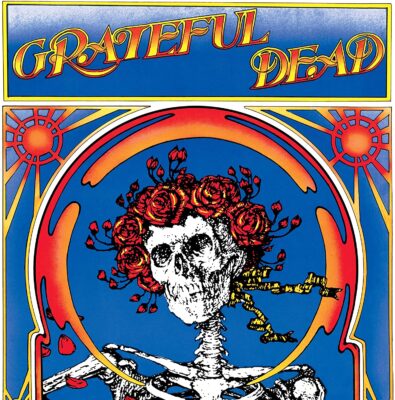 On August 6, Rhino will unleash a 2CD and a separately available 2LP (Black) 180g-weight vinyl 50th Anniversary set for fans. The album, of course, will be newly remastered for this package. It will also contain a previously unreleased July 2, 1971 concert from The Fillmore West in San Francisco, CA as the expanded bonus disc. This set will also be made available on DD format in both the expanded edition and the remastered album only. Hi-res DD (FLAC and ALAC) can be purchased at Dead.net. There will also be a limited edition collectable black and white propeller-colored vinyl set that is limited to 5,000 copies only.

The Stranglers – If You Should See Dave…

George Harrison – All Things Must Pass