For many, Al Stewart was excellent Folk/Rock when he released his 1976 classic set, Year Of The Cat. For others, it was confirmation of their love of the singer/songwriter and his earlier, lesser know (still) gems like Modern Times (1975), and Past, Present and Future (1973). When Al Stewart released Time Passages in 1978, the rails were greased and the locomotive was steaming. Two hits rose from that album and performed well (“Time Passages”, “Song On The Radio”). By 1980, Al Stewart had a new band with Shot In The Dark, and 24 Carrots was the next release. 24 Carrots charted well but was not as well received by a changing audience. Nevertheless, 24 Carrots was still essential Al Stewart for fans. 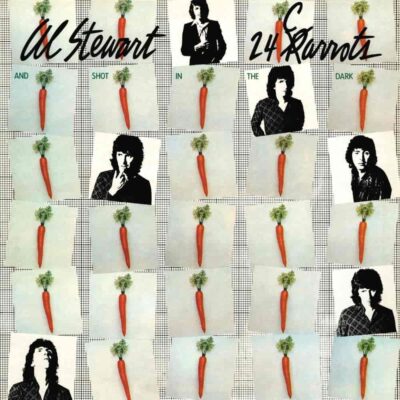 On November 27, Esoteric Recordings (Cherry Red UK) will help 24 Carrots celebrate its 40th Anniversary with a 3CD set that brings a new remaster of the album, and expands 24 Carrots with previously unreleased music in the form of demo sessions in the studio, and a live recording from Hammersmith Odeon in London.

CD1, of course, delivers the original album remastered, and a small selection of bonus tracks that include two rare single mixes. The second CD offers the LA demo sessions at Davlen Studios in 1979, and finishes with a CD of the December 10, 1980 Hammersmith Odeon show on the 24 Carrots tour.

The set will add in a booklet with photos, a new essay, and an interview with Al Stewart.