The Boomtown Rats To Deliver New Album, Citizens Of Boomtown

While this news has somewhat aged, it should still be noted. I’m am a bit ashamed of myself for not having announced it earlier, but as they say, better late than never.

The Boomtown Rats became a noticed band for their 1977 self-titled debut, and their 1978 follow-up, A Tonic For The Troops. A Tonic For The Troops delivered a nice string of UK hits (and is where I came onboard their pop-punk train). The Fine Art of Surfacing (1979) delivered the world-wide hit, “I Don’t Like Mondays”.  The Boomtown Rats produced three more studio sets before ceasing operations after their 1984 set, In The Long Grass. 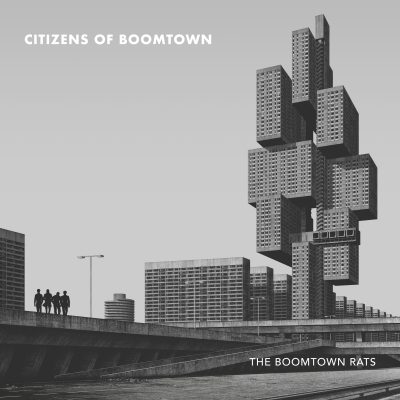 On March 13, Bob Geldof, Garry Roberts, Pete Briquette, and Simon Crowe resume their place with a new album, Citizens of Boomtown. It will release on CD, Dd, and vinyl LP. Citizens of Boomtown is heralded by the release of “Trash Baby Glam”, the first single from the new 10-track album. (It does a fine job of enticement with the band sounding fresh without losing their own style and sound. It’s good pop-punk from one of the original “citizens” of the realm.)