With Christmas (and other assorted holidays) just around the corner, it’s expected that holiday-themed recordings begin to make their way to the marketplace. The cool thing about holiday albums is that any one can become a lifetime classic.

Mary Fahl has made a great solo career, post-October Project. With her phenomenal solo set, The Other Side of Time (2003), and her unique approach to the Pink Floyd classic, The Dark Side of the Moon with her own From The Dark Side of the Moon (2011), she has mesmerized many fans with her extraordinary voice. Her last album, Love & Gravity (2014) achieved many things, as well as include a stunning version of Joni Mitchell’s “Both Sides Now”. Now, Mary Fahl provides a new album for the holiday season with Winter Songs and Carols. 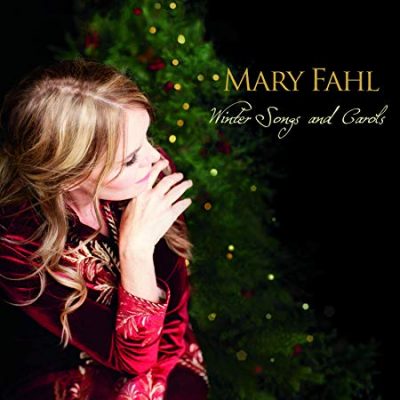 This album is in current release (shame on me for not catching it earlier) having been issued on October 8. The album is filled with ten tracks of traditional carols as well as a handful of covers from many of our contemporary giants that include Leonard Cohen, Joni Mitchell, Howard Blake, and Sandy Denny.