Back in November of 2018, Tangerine Dream fans were teased with a short glimpse of an impending arrival of selected Virgin Years titles inside a large Boxed set. One of the exciting aspects of the box were admitted inclusions of selected remixed Stereo and 5.1 Surround of beloved Virgin TD classics. Of course, fans were now awake and infused with intense anticipation, one that has only grown to this day. (Creating such tensions and anxieties is the playground of labels because they think they’re fueling desire.)

Today, we have a bit more to present to anticipating fans. this will include a description of what to expect, a sweet cover shot. and a probable release date. Actual track lists are still unavailable (but screw ’em, it’s coming! We do know that!)

The Box is being called In Search Of Hades: The Virgin Recordings 73-79. This Tangerine Dream set will be heavy with 16 CDs, 2 Blu-rays Audio discs (for the 5.1 mixes and available Steven Wilson-remixed Stereo), and an obvious, stuffed hardbound book filled with new notes, essays, photos, and memorabilia. The Box is expected on May 31! 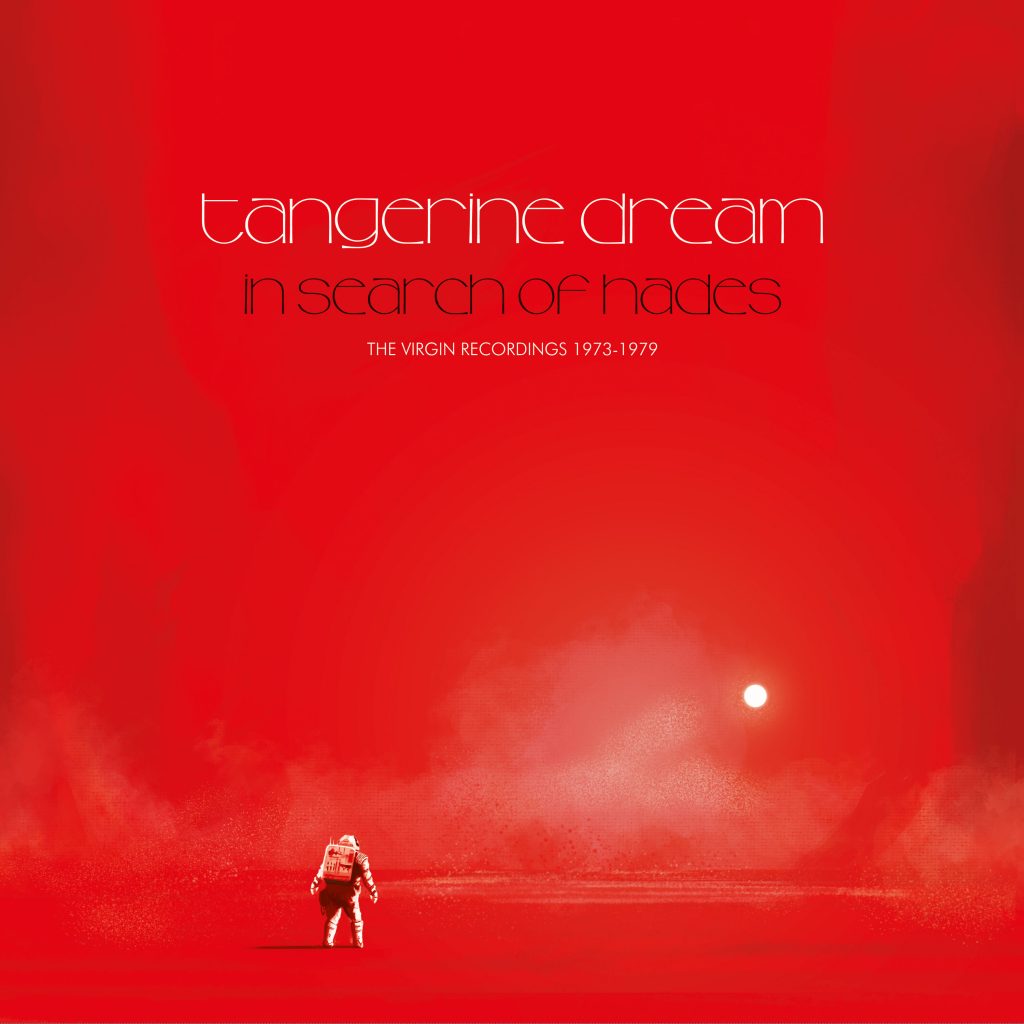 The CDs will contain newly remastered (from original masters) editions of Phaedra (1974), Rubycon (1975), Ricochet (Live) [1975], Stratosfear (1976), Encore (Live) [1977], Cyclone (1978), and Force Majeure (1979). In addition, the other CDs will house a collection of previously unreleased tracks (the set’s holy grail), three full recordings of concerts (Victoria Palace – 1974, Rainbow Theatre – 1974, Royal Albert Hall – 1975), the previously unreleased complete soundrack to Oedipus Tyrannus (in remixed Stereo and 5.1 Surround by Steven Wilson), 2 CDs of outtakes from the Phaedra sessions along with a live recording from 1975.

The 2BDs will feature the previously mentioned Steven Wilson-remixed Stereo and 5.1 Surround for Phaedra, Oedipus Tyrannus, and Ricochet. Two TV broadcasts will also be on the BDs.

In the end, not one of us will be disappointed by what will be found within In Search Of Hades. Of that, I’m sure!