It’s hard to recognize that we’ve had over 50 years of much of the music that we’ve called favorites. But there it is. Decades. With that, there is much to enjoy and to immerse within when great collections celebrating those many years begin to come together. One of those talents is Jean Michel Jarre.

Jean Michel Jarre is the son of noted film composer, Maurice Jarre, who with Lawrence of Arabia, Dr. Zhivago, A Passage To India, and many others, have garnered awards and deserved accolades. Even more amazing is that when Jean Michel Jarre emerged as a composer, he was able to begin a fresh, ambient-driven style of music, forging a new path that wholly belonged to him. To date, there are over twenty composition works that well stands the test of time. Jarre’s career started with 1972’s Deserted Palace. I didn’t get on board until Oxygène in 1977. But since, I have been a fan of the classic music that Jean Michel Jarre has created. 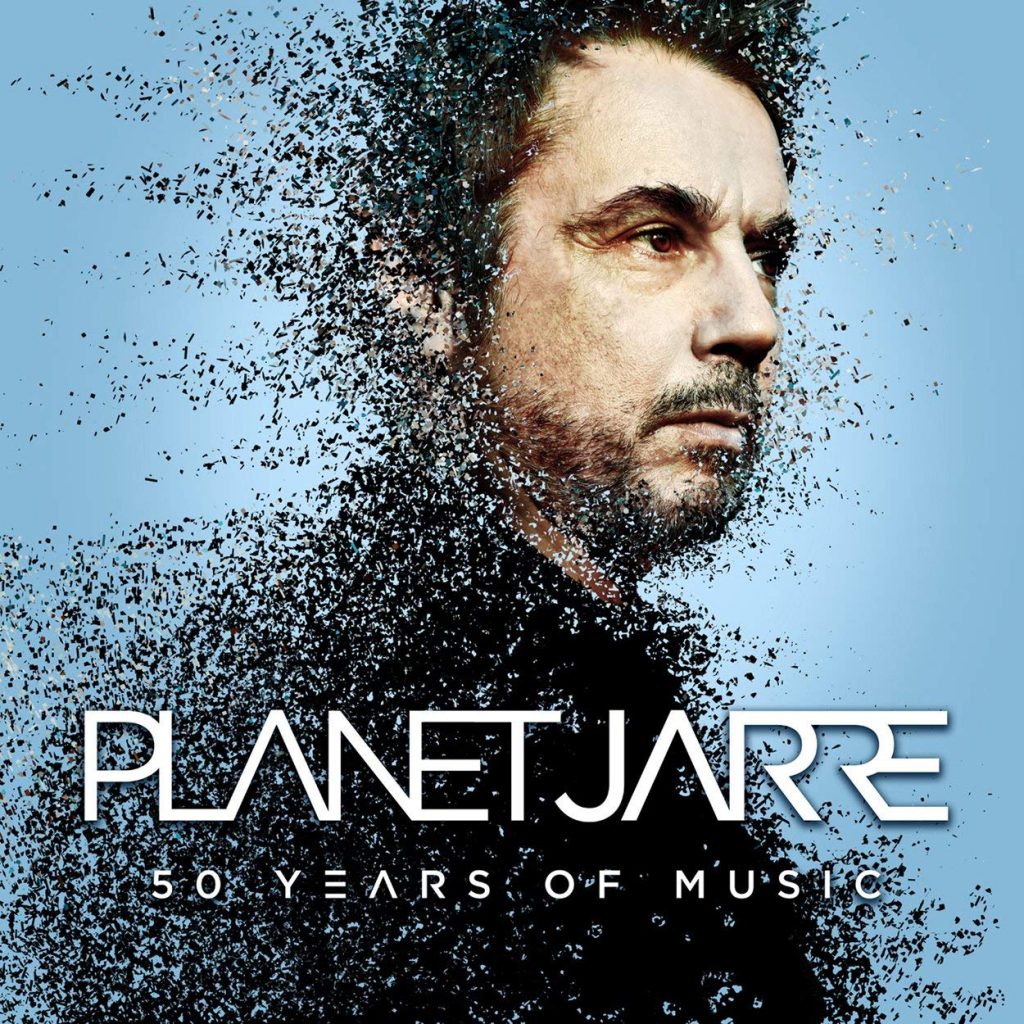 On September 14, a dedicated primary issue of a 2CD and 2Cassettes Box called Planet Jarre – 50 Years of Music will be made available. It will consist of forty-one songs, all personally assembled by Mr. Jarre for this set The CD playlists will be mirrored on the cassettes. The box will also include a download card to offer twelve songs in 5.1 Surround WAV files for the purchaser of the box.  Jarre has stated that he recognized that his music were of four compositional parts. Additionally, he recognized that people were listening to playlists these days. Therefore, he effectively divided his music and creating – as it were – “playlists” for the end user to utilize.

If the box is unusable (and with cassettes, for some it may very well be), then there will be a 2CD set in both jewel-case (with 12-page booklet) and Deluxe six-panel digipak housing (with 24-page booklet). There will also be a 180g-weight 4LP set housed in a book packaging.

Thanks to Pat Gleeson for his updates (somebody has to keep me in line!) and original alert to me.