It’s been some years since Wye Oak, a duo (Andy Stack, Jenn Wasner) from Baltimore, MD, released their last album. Even then, Shriek (2014) is an engaging departure from their previous three album releases (If Children – 2007, The Knot – 2009, Civilian – 2011). Wye Oak did release an outtakes collection, Tween, in 2016, bringing together unused – and repurposed –  songs from their Civilian, and Shriek periods. But we want to completely focus on fresh album releases from the band. Therefore:

On April 6, Merge Records will release the next set from Wye Oak, called The Louder I Call, The Faster It Runs. This new album will feature twelve new tracks. Judging from the pre-release single available for streaming and YouTube presentation, Wye Oak doesn’t stray far from their adopted Shriek sound, although there is evident change in the sound. Personally, I preferred the pre-Shriek Wye Oak, even though I appreciated their progression on Shriek. The new itle track (hear below) makes me profoundly interested for the rest of the new album! 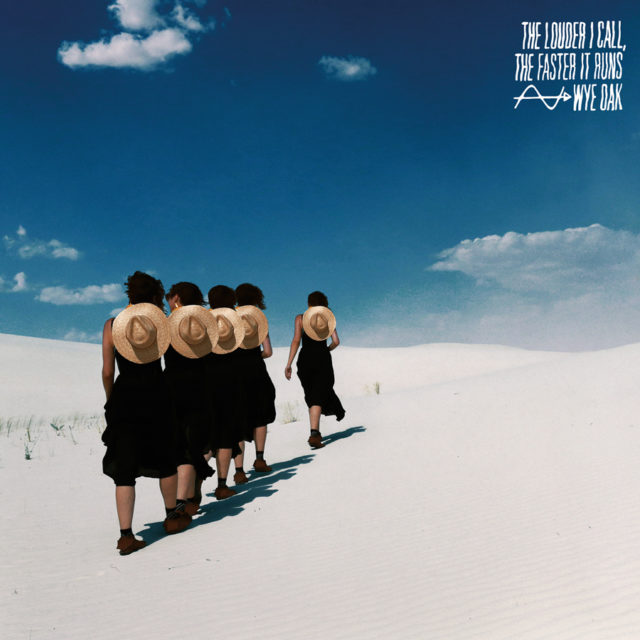 The Louder I Call, The Faster It Runs will be released on CD, DD, and for vinyl, on several editions that include standard issue black vinyl, and a limited edition split opague beige/transparent blue (sand and sky) color vinyl. 12″ x 12″ lyric sheet and download card are included with LP purchases.  There are included tee bundles as well as an all-inclusive set (CD, LP, Tee).

Wye Oak is supporting their new album with a 34-date world tour.