For quite some time, Steven Wilson has let it be known that he had completed remix work on several classic treasures. With that, it was up to the labels involved to simply release them as packages. We’ll the good news of today is that Universal has decided to release one of those albums.

On February 2, 2018, Universal will reissue the 1972 debut album classic from Roxy Music. With this good news, we also get the package in celebration of the band’s 45th Anniversary as a Super Deluxe package. 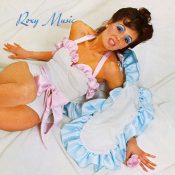 This 45th Anniversary package will present the album in both Stereo and 5.1 Surround mixes (It’s important here to realize that the Stephen Wilson remix available will be the 5.1 Surround and NOT a Stereo remix, which is strange. SW did do a Stereo remix of Roxy Music while he had the tapes in his possession. Nevertheless, the Stereo version being released is not attributed to SW, and is an older Bob Ludwig master previously released.)

Watch for 3CDs and a DVD along with a richly contributed 136-page high gloss book. The three CDs provide the original album, a set of outtakes, demos, and a non-album single, “Virginia Plain”, which IS presented here as SW remix in Stereo.  One of the CDs will also provide several Live sets including two Peel sessions and a BBC broadcast.

The DVD provides a several videos of Old Grey Whistle Test, Full House, Royal College of Art, and Top of the Pops, and a rare club appearance. The DVD will be home to the two variations of the SW 5.1 Surround remixes (DTS 96/24, Dolby AC3).

There will be a 2CD Edition with only original album and the live sets. A vinyl LP is also in the release queue. 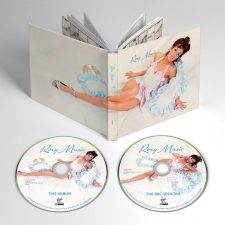