Woodstock has long been considered the classic Rock and Roll event by which ALL festivals pattern, govern, and aspire to. To date, none have superseded the event. Many bands refused to go and be a part of soon to be historic festival, but for those that did, they forever became a strong tie-in to Woodstock. One of those bands was Creedence Clearwater Revival. CCR were at a peak and this hour-long set helped to contribute to their growing fame. I’m sure no band ever regretted joining this ‘at the time’ unsure festival plagued with everything that could possibly go wrong. 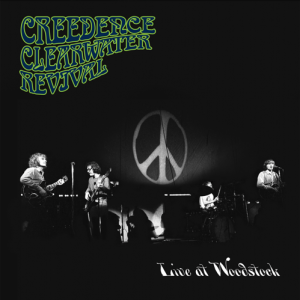 On August 2, Craft Recordings will release the OFFICIAL full hour-long concert by Creedence Clearwater Revival in a 50th year celebration of the appearance. The show delivered a classic run-through of eleven well-known CCR songs. This historic show will be delivered on CD, DD, DD (96kHz/24-bit), and a vinyl 2LP package. The set will be called Live At Woodstock. 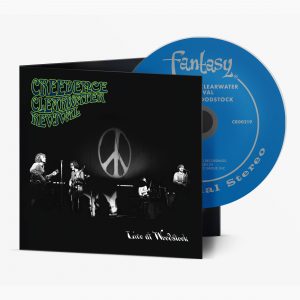