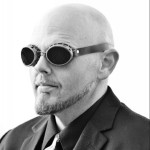 It was a lot like getting up after being punched, only to be punched to the ground again. Earlier in the week, while dealing with a persistent virus that made my head feel like a swollen steak submerged in six feet of water, I learned that a dear family friend had been diagnosed with pancreatic cancer. Toward the end of the week, my family would be wrestling with the tragedy of the loss of my niece’s six-month-old baby.

When grief hits that close to home – literally in the heart of the home – it puts things into proportion. The loss of a revered celebrity, no less a sad occasion, simply didn’t have that same knife-edge.

In other situations, the death of Neil Peart, lyricist and drummer for the band Rush, would have taken me out of the game for the full weekend. And later on, I would have felt silly for being so overwhelmed. I didn’t know the man. Even if I had achieved that long-term goal of getting to interview him, I still wouldn’t have known him because he wanted it that way.

Peart was very clear in his lyrics, particularly, “I can’t pretend a stranger is a long-awaited friend.” I can’t play that gladhand game where everybody is “babe,” and even if it ain’t the ’80s no more, we’ll still do lunch. Love ya, you’re beautiful! He was, by all accounts, very down-to-earth, fully respecting the gift he had been given with his drumming and his position within the rock music world, and fully cognizant of what it meant to leave it behind. He may have been inscrutable, but I think I’m right on this one.

His reputation as a great drummer will live on, and hopefully, people will learn more about him than “2112” and “Tom Sawyer.” In 2012, Rush released their last studio album, Clockwork Angels. It became for me the benchmark for how a rock band should comport themselves and carry out their art after, what, forty years of effort? In 2012, when so many bands decided to go back into the studio, presumably to have a new reason to get out on tour where the modern profit center is, the efforts often seemed like cynical fan service. If I recall correctly, one of those bands referred to the effort derisively as “having rubbed one out.”

The songs on Clockwork Angels were instantly memorable for all the right reasons. But what struck me, fellow MusicTAP writer Ted Asregadoo, and writers David Medsker and Chris Holmes, was that they weren’t attempting to repeat old glories. Real effort and care were being expressed. That went for all parties involved, of course, being Geddy Lee and Alex Lifeson as well as Peart.

It is that commitment that will stick with me, and not just to the music. In hindsight, counting from his death back to when Rush stopped touring, it is now clear that Peart knew he had brain cancer and limited time. Yes, he famously had the pains that come with being a hard-pounding drummer, pains that now hobble contemporaries like Phil Collins, but deductive reasoning leads one to believe Neil Peart left it behind to spend those last years with his wife and daughter knowing these were indeed the last years…

…and Lee & Lifeson said nothing to the media, respecting the privacy of their bandmate. It is a measure of courtesy you don’t see anymore, not just in the music industry, but in any industry. Specifically in the music industry, when the egos are so massive and any reason to talk and throw a bandmate under the bus – intentionally or inadvertently – is eagerly pounced upon, this agreement among gentlemen stood. That is also a commitment.

I’ll miss Peart’s drumming, I’m sure, but I will also miss his lyrics, as much as I have since 2012. You and I both know that even in the glory days of rock, the lyrics weren’t that great. Most of the time, the content were variations of “I love you,” “I hate you,” “I want to have sex with you,” “You won’t have sex with me so I want to get drunk/high/dead,” and “I’m a badass.” There was a little deviation, but of course, Rush always got to deviate from the norm.

They wrote love songs, too. I think as a musician you are required by law to do so. But they wrote love songs that came in from odd angles. I’m thinking of Counterparts‘ “Cold Fire” and a lot from the Vapor Trails album which had at its emotional center the loss of Peart’s first daughter and subsequently his first wife. He recounted in his writings how the death of Selena destroyed – in a way – both he and wife Jacqueline, how their relationship frayed under that grief, and how on paper Jacqueline died of cancer but in Neil’s mind, she died of “a broken heart.”

Rush also featured one of the first songs that dealt with peer pressure, feeling shut out, being uncool. That was “Subdivisions” from the Signals album back from 1982, a long time before the members of the band Echosmith were even born, never mind before recording their hit, “Cool Kids.” Rush made music about science and technology, about the power of music and art, and also about the limits we all face. They made songs about bravery without sounding like ridiculous old ’80s action movie cliches. They made songs suggesting that, occasionally, the bravest thing you can do is admit that you aren’t. The music belonged to Lee and Lifeson, but the words were Peart’s.

I didn’t know Neil. I would have liked to. I think we would have had a lot in common, but everyone thinks that way. The risk of elevating your relationship to the art into a relationship with the artist is the torment of our times. We don’t know these people. It’s an impossibility and an illusion. We can only know what they did and how that affected us. I will appreciate everything the band Rush gave me, but I will take the feelings I got from their work and give that back to my family and friends where I think the attention will do the most good.

I think Neil would understand.